Good afternoon everyone! First post, second grow. My first grow was a photoperiod Trainwreck strain that I ended up messing up during the drying period, so I’m taking a second crack at it. My current grow is an AutoFlowering Sucker Punch Sativa Hybrid. I am currently on day one of my early vegetation period. My question is if anyone here has had experience topping an AutoFlowering strain? I topped my photoperiod grow and it worked brilliantly. However, I know that Auto plants have a shorter time period from seed to harvest. Any advise would be greatly appreciated, the seed to harvest is roughly 65- 80 days. I would like to, if at all possible, top the plant and put it through LST.

Its recommended to not top Auto flower plants.

LST will work fine, this is how I grow Auto Flowers. They just tend to be very finicky when it comes to shock, i.e trimming topping and lolipopping.

Thank you for the advice. The LST i figured would be pretty okay without adding too much stress. My understanding is that LST will also produce multiple colas, but if I top the main stem after three nodes, this should be around week two or so, would it stunt/shock the plant too much? There is a significant amount of conflicting advice online regarding the topping itself, however most of the grows were not DWC and I’m thinking that the nutrients and concentration would mitigate any shock the plant may experience from topping. Thoughts?

You’ll get a lot of mixed answers and opinions on the subject of autoflowers and stress. I’ve been “decapitating” my autos and staying light on the pruning (after overdoing it with my second one) but have only attempted growing autoflowers 4-5 times so far, about to plant a 6th.

The reason I did that (instead of top/fim) originally was by mistake but after seeing the results I did it again on purpose; it seemed to avoid causing the plant to focus on fresh new colas (the tiny nubs typically left alone in topping) and instead put that energy into the existing ones. I’m by no means an expert on this subject (yet) so please take my comments with a grain of salt.

My first 2 grows didn’t go so well due to environmental issues, I’m not sure they would’ve fared any better had I not pruned or topped; I did prune a bit too much but the biggest detriment was that root rot struck.

I’ve found that the biggest thing to consider is that an autoflowering variety will start to flower regardless of how much stress it was put through or is currently in, so minimizing the stress (and becoming “in tune” with what behaviors the breed/genetics exhibit) is the key to reducing complications due to stress. Otherwise, she’ll be splitting focus between flowering and healing which I believe will have the opposite of the intended effect on yield (less instead of more).

I’ve only experienced a handful of grows in my grobos but am already seeing similarities and differences between the grows. Repeating the same strain from the same breeder multiple times really helps to gain a faster understanding of what the limits or growth characteristics are for a particular set of genetics.

Also, genetics themselves play a huge role here. I’ve read that in the past autoflowers were fragile little things but this has improved over the years so some of the information (on avoiding topping/etc) is dated and will vary from one breed or strain to another. I have been using autoflowering seeds from a breeder that I found others (on youtube, growdiaries) having success topping/fimming. A bit of research helps a lot here, not all seeds are created equal.

I’m considering trying a photo for my next grow after the last autoflower from a 5-pack failed to germinate, I believe due to shock from being moved from a warm shotglass of water into a cold cocopod.

Thank you for sharing your experience and such a thorough reply! I think for this one I am going to try topping but also LST. It seems that the one common factor with AF is the LST makes a significant difference. I already have Trans Siberian AF ready and waiting and am 15 days in on my current grow. I’ve not heard of just chopping off the main cola, but if it works it works. I’m definitely adding it to the list of things to try in future grows. Thank you again for the response!!!

Pruning and topping your plant to increase yield Grow Techniques 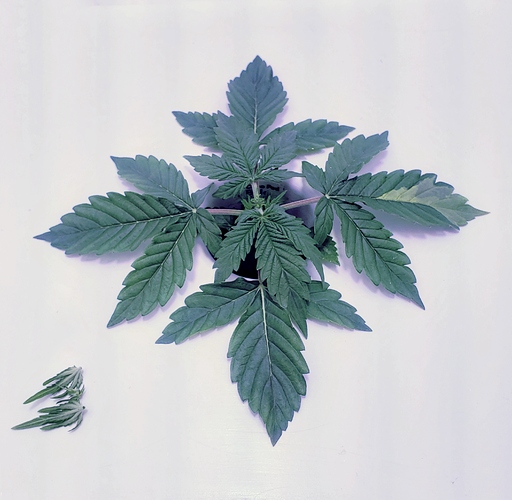 Too early to top!

Topping auto-flowering cannabis strains is often not recommended because they’re on a tight schedule and may not recover in time, but it can be done if your plant is growing fast enough during the first few weeks of growth.

She shot right up. I FIMed the fourth node from the bottom and it seems like she’s doing exceptionally well. Today is the first transition day, about 14 to go : ) 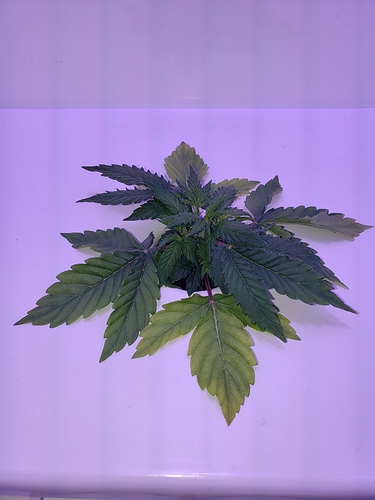 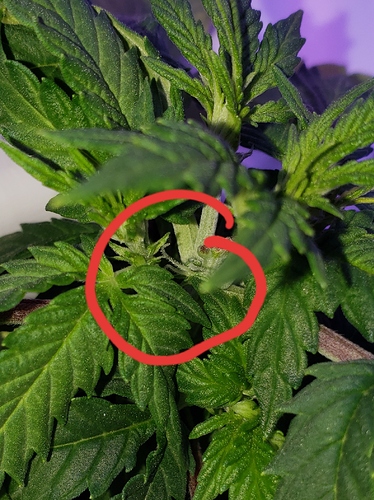 I could be wrong, but based on your plant’s small size, shouldn’t you have extended early veg for a couple of more weeks before letting it go into transition? This is my auto on Day 28 (18/21) after extending early veg by a week. I’m going to add another week. Possibly a third depending on how this following week goes. 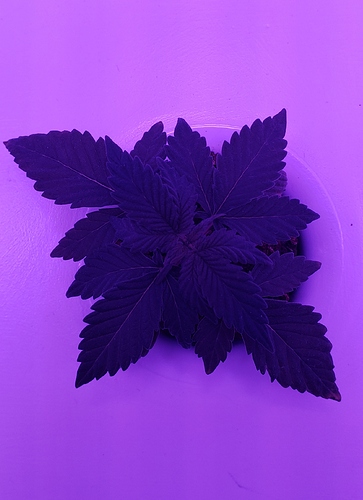 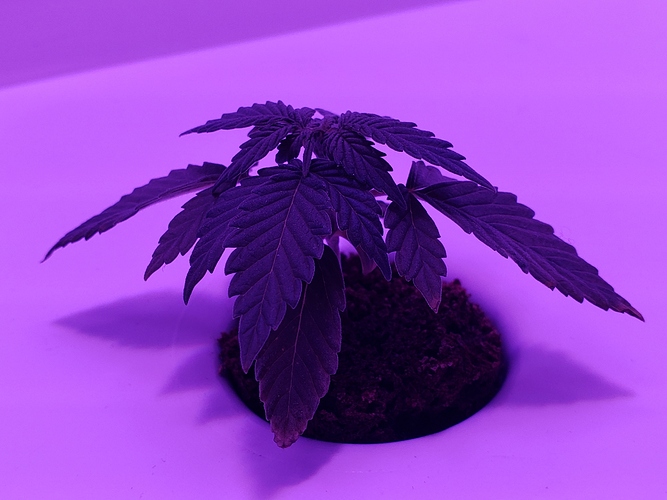 Hi there! That’s a pretty tall order for an Auto to extend vegetation period. I know you can mess with the nutrients to keep it in vegetation state but for the most part they auto-flower according to their own schedule. Mine is showing pistils already and is coming up pretty strong. I trimmed two dead leaves at the base today, which should help with nutrient absorption during the transition phase. We’ll see what happens in a few days : )

Yeah, I’m using a generic hybrid recipe so if my plant isn’t looking like it should it means the recipe needs to be adjusted for my strain, but if the recipe you’re using is specifically for your strain, it may not apply! Grobo isn’t optimized for as autos since autos tend to do what they want and are less predictable/uniform so they require more close attention. Either way, keep us posted & good luck with your grow!

My first Grobo Grow was a generic recipe and it was way too much to work with. My Sativa grew out of the box, it was not a pretty sight. This is my first auto with a recipe. The total grow on this is around 65 days from seed to harvest so I’m anticipating the bulk of the grow to take place over the next two weeks. Harold is small but node-wise he’s meeting mile-markers also I found more pistils today and the dual-cola after the FIM is looking pretty good. What strain are you growing?

Very nice! I’m really curious as to the Generic Recipe. Do you still have to contact GROBO to switch the stages? What I did was match up the Auto I wanted with the available recipes.

Nope! Just got to: 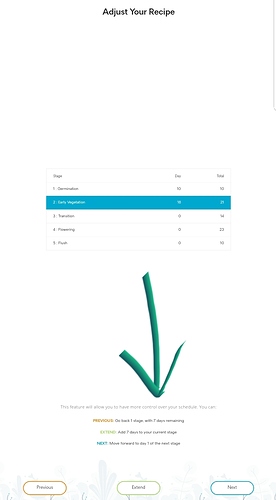 Oh wow! That is so much easier than it used to be! I made really great friends with the GROBO team during my first grow because if that LOL Thank you!!