In order to treat root rot you need to clean the root area and medium of as much of it as possible (with water, h2o2, etc… depends on soil/hydro/etc).

To prevent or keep it at bay a beneficial bacteria (Bacillus amyloliquefaciens) is used – which is what is in both Hydroguard and Dr Marijane. They are just made by different companies with different strains of that same bacteria and in this case one is in liquid form (convenient for hydro) and one is not.

Just wondering what the properly dose if I use Dr. Matijane to replace Hydroguard?any idea pls?

It’s important to underline – you only need to use a very small amount of the Dr Marijane in our case, it is very concentrated (about 20x more than hydroguard).

I mixed just over 2 grams of Dr Marijane with 1 Litre of water and keep this in an opaque bottle/container (my old hydroguard bottle, actually). Shake it well and keep it in a cool area. When the 1 Litre bottle runs out (in about 6 months) just make a new one.

I use 12mL of that 1 Litre solution with each water change.

Does it work for u?

I do believe so, but would enjoy learning of others’ experience with it as well. @Mpower11 and @dukz009, did either of you get any insight from your trials?

In my most recent (completed) grow root rot was noticed about 31 days in. I had been using hydroguard up until this point but the bottle was nearing 7 months old. We had some warmer days and my AC was in need of a cleaning (which has been done) but the hydroguard must’ve expired or something because it didn’t keep the root rot away: 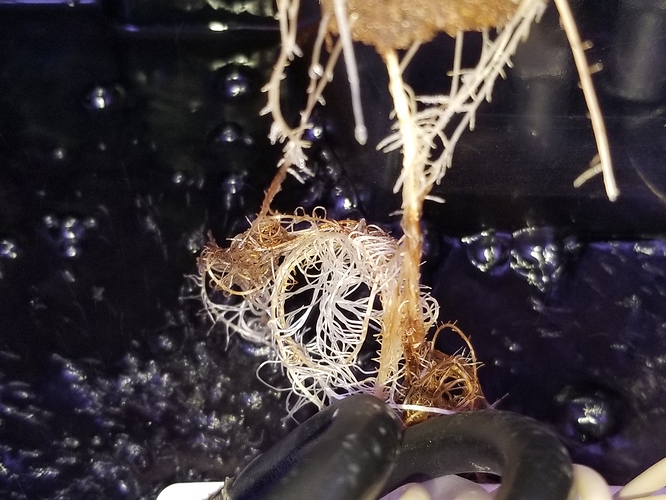 So that’s when I switched to Dr Marijane (the plan was to do that when hydroguard ran out) and then observed the results from using that.

2 days later it didn’t appear to be going away, but the roots still seemed to be growing: Another 3 days later, still no better so I did another drain/fill with an even stronger concentration of Dr. Marijane (twice as much, a double-dose): 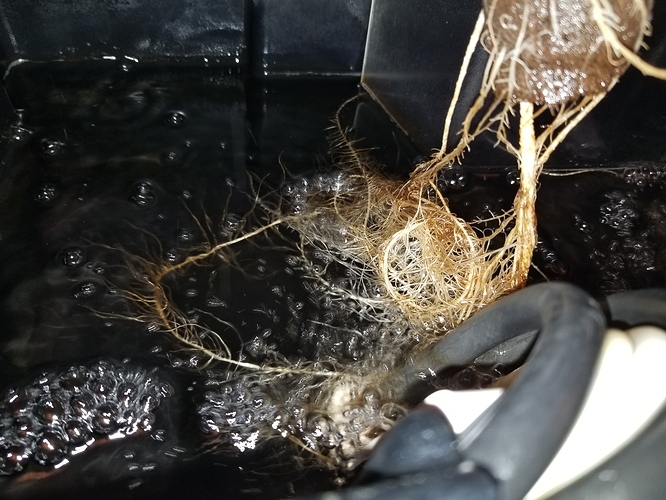 1 week after the increased dosage of Dr Marijane and the roots looked almost perfect:

The thing to note here is that usually I’d take the plant out (placing the roots in a bucket of water, also cleaning all the slime off of them) and then clean the reservoir as much as possible to increase the chances of success. But, I was curious to see just how well this stuff worked; so I didn’t do any cleaning. If this result can be repeated then I’ll probably be sticking with Dr Marijane for quite some time to come.

I used Dr Marijane continuously until the end, this is what the roots looked like after the chop: 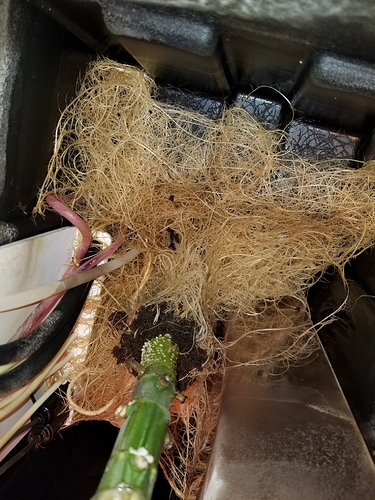 My reservoir hit 74-75°F numerous times after that until I finally disassembled and cleaned the fuzz off of the AC condenser coil, so I do believe the Dr Marijane made the difference.

So far it does seem to be working, though this is only a single trial (in two units) and I do have a method to drop my reservoir temperature most of the time (air conditioner) so that might be relevant to add. After checking notes I also noticed that when the root rot happened I used 20mL and doubled up to 40mL but then went down to 12mL afterward. So if you’ve got root rot go ahead and use more than 12mL, it might help!

Thank u for ur help.I will try ur dose and will post my result.thanks again!

One thing that is especially important to point out is that there is a warning on the package:

I personally do my mix at a sink in a room free of wind/drafts and away from pets/kids. Once it’s in liquid form it’s much easier to handle, but any spills still should be cleaned up well.

Nice come back on your roots cleaned up nice…

Right now my Grobo is empty (like 2 months now) I have been working with my tent project for the last little bit. That being said I have added every other week some Dr. Matijane to my feed tank. I just harvested on Sat / Sun my roots looked nice in the coco but can’t say if it was from Dr. Matijane or just health roots in general

I do plan to fire up my Grobo after I finish my new build out on the tent… Plan to use Dr. Matijane over hydroguard. (plan is by end of the month)

Hope all is well brother. The supplier had sold me expired Maryjane, so I had to get something quick. I don’t easily have access to Hydroguard so I got some Hygrozyme. So far so good. 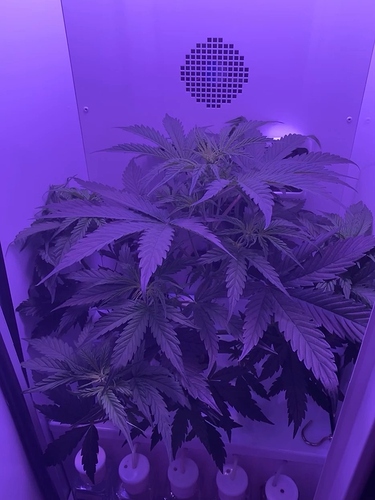 Sucks to hear you got one that wasn’t good but glad you found something that works.

Yeah, no doubt. That plant got scrapped due to the expired product. It was actually creating root rot.

I closely examined the bag and noticed a crumpled sticker underneath that read May 2019 so a little over a year past date.

@vegetato I know you have done alot more testing than me with Dr Marijane… I just fired my Grobo back up on Saturday after a long rest. I know I’m going to need something because my Res will be above 70 for this grow… Do you feel Dr Marijane is just as good as Hydroguard?? Hoping you can save me alot of time with rate’s using the product with Grobo…

Recently, my res temps have been around 67-70; mostly on the lower end. I am still considering that it might just be due to the winter season if that turns out to just be because it’s been easier for the AC to keep the room cool. Will have more insight when spring and summer come around again.

9 weeks ago (first week of Nov 2020) my tent caught a case of some root rot starting, so I mixed 1g of dr marijane into 150mL of distilled water and dumped that into the reservoir. I didn’t dump the res water until 15 days later to give the bacteria a chance to take over. I captured it in this video. That was the only treatment that’s been necessary so far and I’m nearing harvest on this one.

One thing I’d revise from my prior approach/instructions, is that it may not be a good idea to pre-mix a bunch of this stuff in advance. It seems to be more effective when used immediately after being mixed. I’ve got to do some trials in the summertime to really stress test it.

Here’s what I fed and when I changed water, though I might’ve forgot to log a recent top-up or two in Dec: 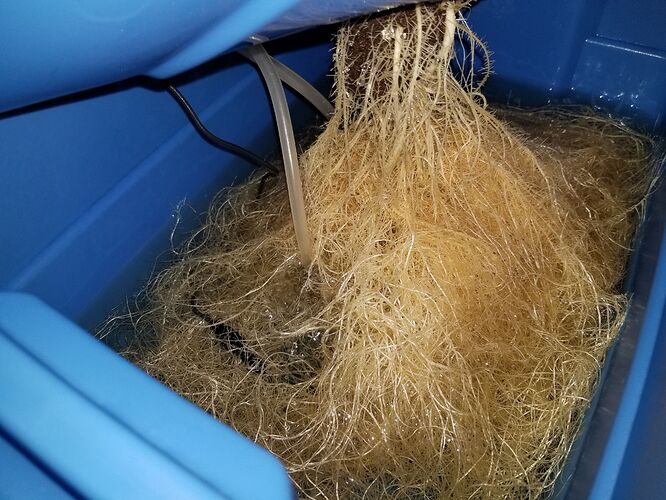 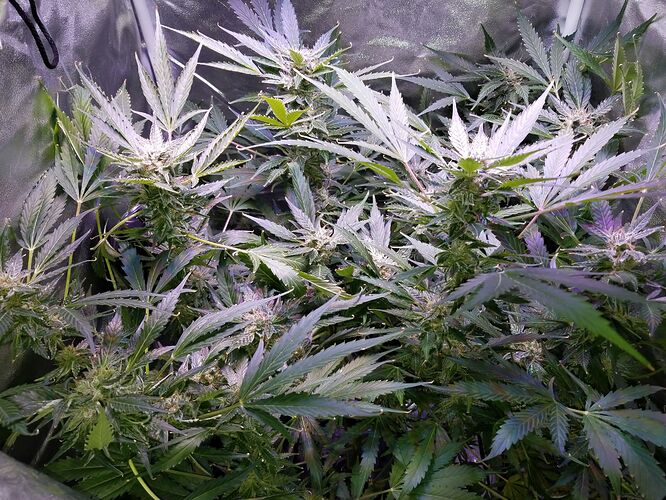 Here’s a summary of other grobo grows I’ve used DrMj on: 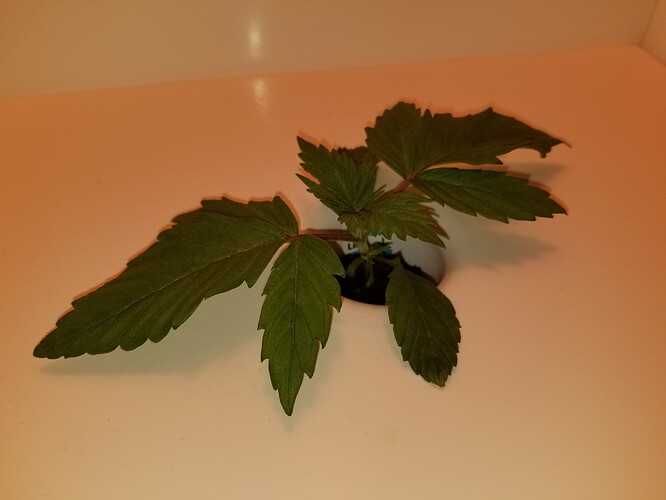 DAY 18: Early Vegetation (Day 8 /14) One is growing faster than the other but they’re both slowly making progress day by day. I’m thinking the cooler ambient temps (from AC) may have kept them from sprouting as quickly as some of my others have,... 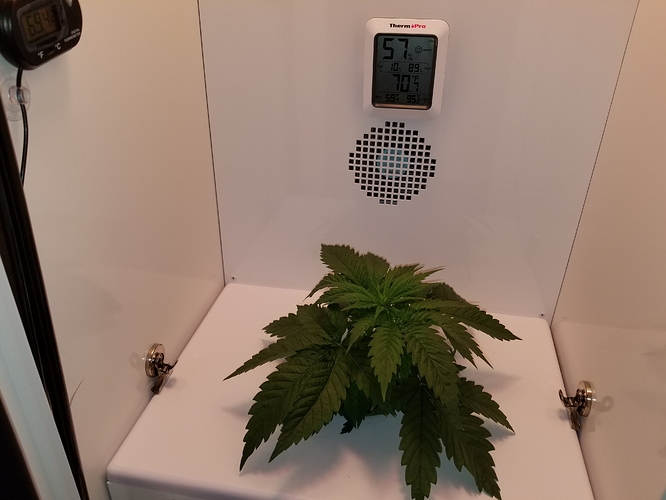 DAY 31: Late Vegetation (Day 7 /14) It’s been a slow start and not much action in general for this one. The growth up top seems slowed or stunted and some leaves started coming out a bit “rippled” in one or two places like this: That...

As always thanks for the info your saving me so much time on this one. I plan on starting to use it as soon as I have roots touching the water. If I discover anything interesting while using the product I’ll definitely keep you in the loop

Ps I loved your channel!!

So is the girl! Damn getting closer and closer every time I see a pic

In Grobo 1/4 teaspoon of Dr Marijane

And 1/4 teaspoon of +life (new product I found) 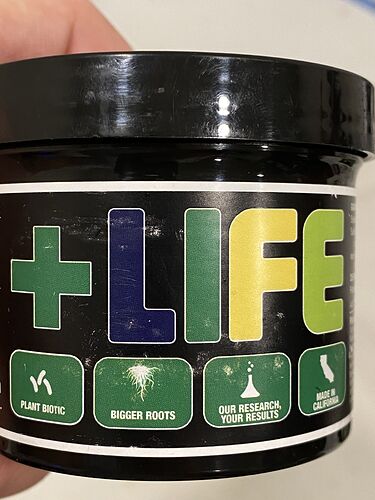 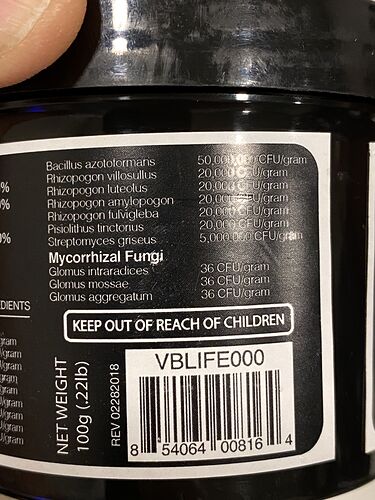 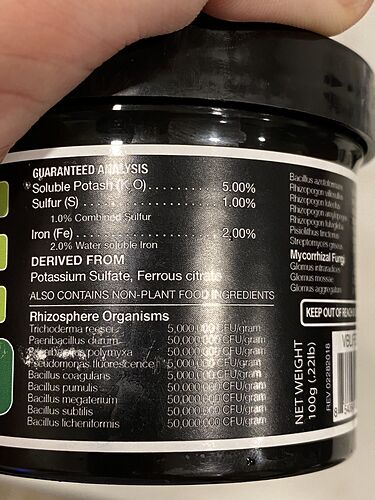 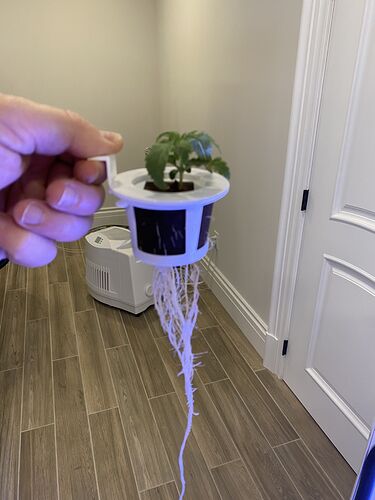 So far new cocktail of life + and Marijane seems to be working nicely. 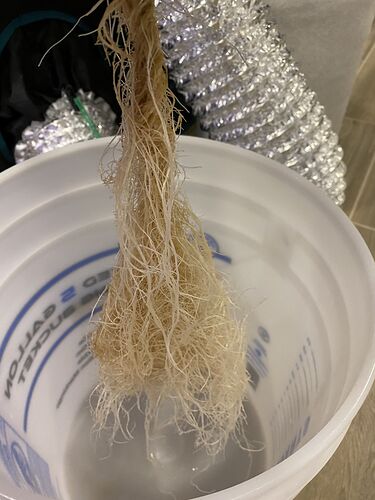 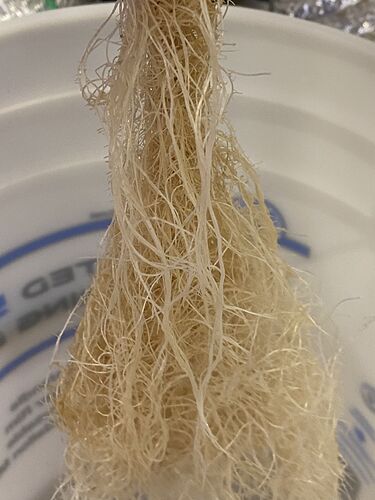