Great job on the haircut! Amazing. The moisture on your leaves is likely from condensation from them touching, the haircut was the exact thing you needed to do to help your girl! Good job

Goodness, is she growing fast or what!

I’m conscious of not stressing her out too much but she’s bushing out so quickly. Almost certainly will need a haircut by the weekend. At least I know she’s healthy! 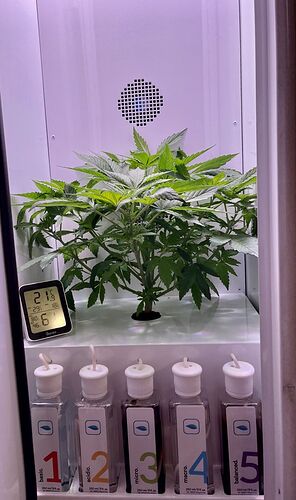 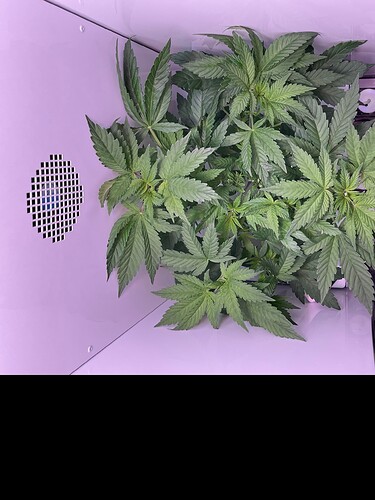 Quick question, hoping someone can advise.

Due to the quick growth and health of the plant, I find I’m removing a couple of fan leaves a day at the moment, just to keep light on the bud sites and ventilation good.

Is this too aggressive? She’s bushing out and just looking for advice on keeping her as healthy as possible. 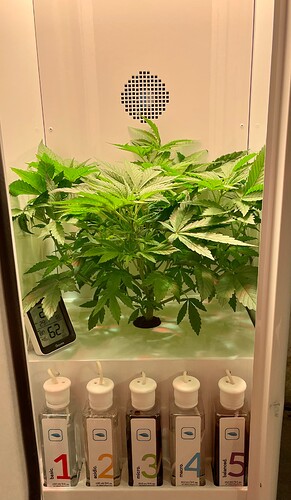 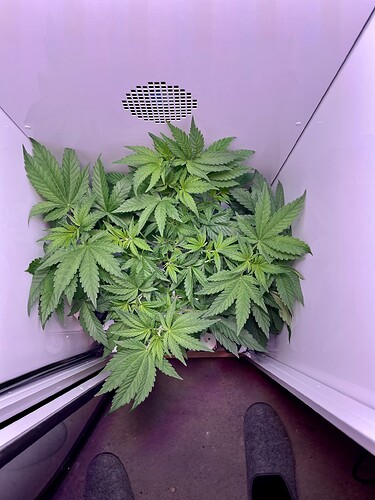 I’ve trimmed a couple BIG fan leaves. And the rest I tuck and kinda maneuver the bud to the light. Check out my first timer thread. I’ve mad some notes as well about lst.

So just another update. Gave her a haircut today and kicked her into transition - as she’s already nicely at the 2nd fan and growing like crazy.

I had a few issues today with the unit unfortunately, which meant I had to turn OFF/ON to get it to connect to do a water change.

The drain part took no time at all (really surprised with the lack of water - assume plant is thirsty!) but the fill seemed to go on forever.

The notification appeared on my phone saying the fill was complete, but it was still filling? Only when I pulled the hose out of the water did it stop. Super weird.

Any reason to be concerned here @Todd.grobo - could I have an issue if it’s technically over filled? I lifted the cover up and there was still reasonable clearance, but it definitely felt like it took on a lot more water than usual

Do you top the water off every other day? Probably why it drained so quick and took so long to fill, it was low or empty. I am filling every day now and only a little further on than you are. That happens sometimes with fills or you have to try to start it a few times or it stops and still runs a little. Let it go until it stops itself, it will eventually.

Oh really? That makes sense then!

I checked underneath and the root system is vast now (also very healthy) so clearly she is just drinking a lot.

Excited for transition tho, although nervous about running out of height after stretch! Am I right to expect roughly a 50% increase in height?

Yes, make sure to try to do a fill every other day soon if not now. Mine is already needing a lot every day. I just leave a bucket next to it to make it easier.

It will jump in size very quickly. I think once mine got going, 3-4 inches once in a day or so. It can out grow the box, sometimes down the road, you might need to put strings or wires in to try to keep it down if it gets so big.

Looks great. Yeah Same here @Willcol1 @TheDogMan I did the exact same. Thanks for the recommendation dogman. Just throw the hose in my gallon jug every two days. Fills about half to three quarter gallon. Works great.

So after reading about your connection issues. Here’s what happens to me and what solved it for me. When I go to do a fill. Tells me no connection but my blue light is still slowly blinking though. So I just pull down the page to refresh and it’s fine. I don’t know if you have similar or different issues. Also when I go to settings and click about and WiFi says no connection or update. Again pull down to refresh. Mine goes normal. Hope this helps. I’m going to tag @Todd.grobo and see what he thinks about our situations.

Have you tried rebooting your phone? Forcing a refresh is a great fix, but I would always go through the following steps.

Firmware up to date?
Phone app up to date?
Reboot phone or try PC (I have my grobos saved to my PC to, its easier to do 2 drain and fills simultaneously)
Power cycle.

So sounds like you covered some of those steps. Try the rest and let us know next drain and fill how she goes. If you’re still experiencing an issue we can always dig in deeper at support@grobo.io

Thanks Todd, will bear in mind if it happens again!

Should I wait until first couple of weeks flowering and do one big defoliate or just a bit at a time?

I’m right in focusing on the middle/lower part of the plant, plus any big fan leaves perhaps blocking bud sites?

I’m still so new to this I just worry about too much stress, but i have to say not a lot has bothered her yet! 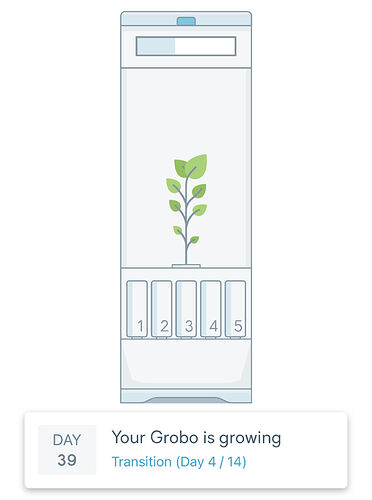 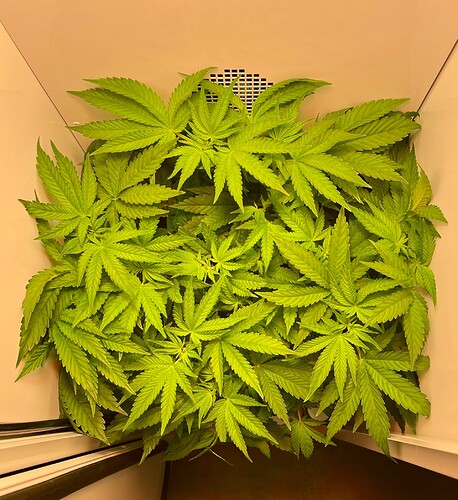 Looks perfect at the noment. Leave her be until day 1 or 2 of flower and lollipop her some more, otherwise super chill week for this stage

Also was checking out the app and they have fixed some bugs. Including the WiFi disconnect notification during drain/fill. Thank you @Todd.grobo and extended grobonians. Much appreciated

Boy oh boy has she stretched… I’m beginning to see signs of bud sites starting to develop properly, although not quite yet.

I’m getting pretty damn concerned about the lack of height though, I have a real worry that I’m going to run out of head room.

Also, should I be thinking of starting to strip out and defoliate the middle/lower part of the plant now?

Any thoughts/comments guys? Much appreciated! We’re getting closer 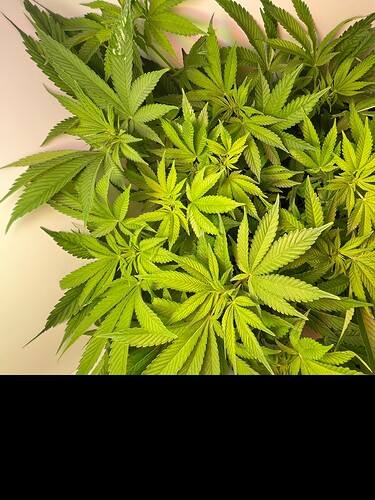 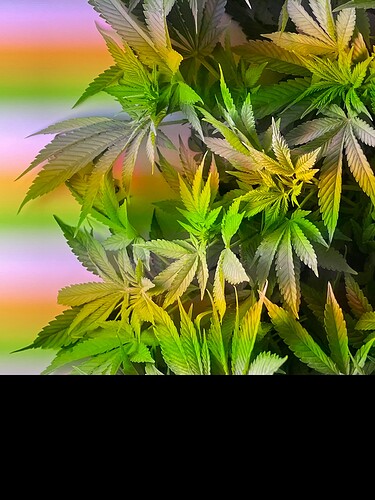 That looks OK for GDP as I think that is supposed to grow about 2 1/2 to 3 feet then start getting thick.

Hope it is done in height and will just bush out now.