It looks like you’re right on point with topping here soon! I think honestly you can top at any point here as far as I know, but I’m no expert. That looks like node #5 forming right? I tried to download the pic to zoom in, my counting might be off cuz it’s hard to see the bottom leaves! 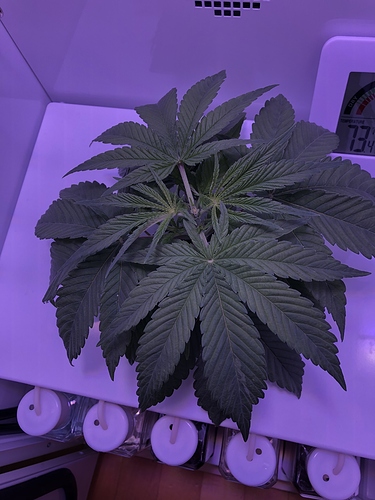 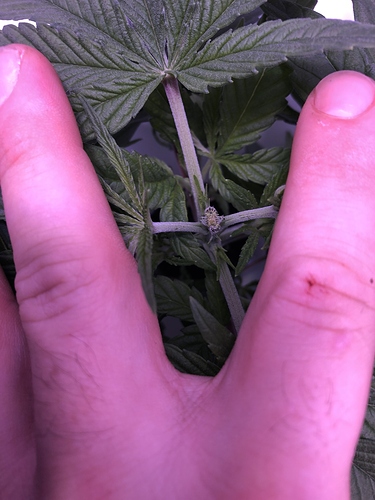 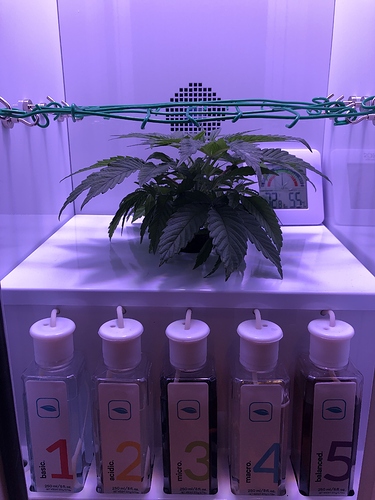 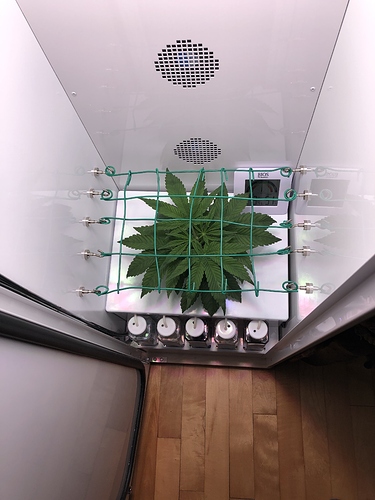 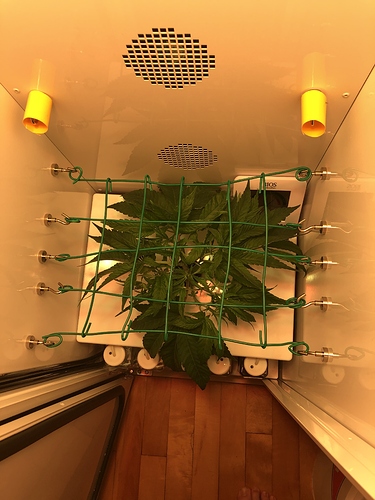 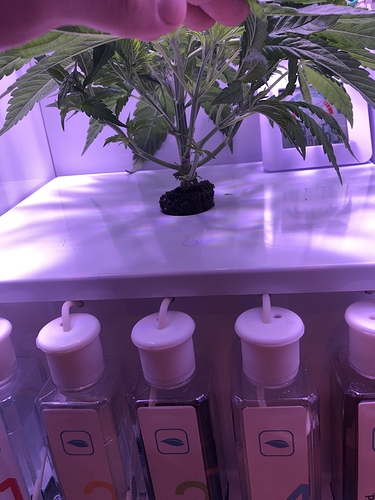 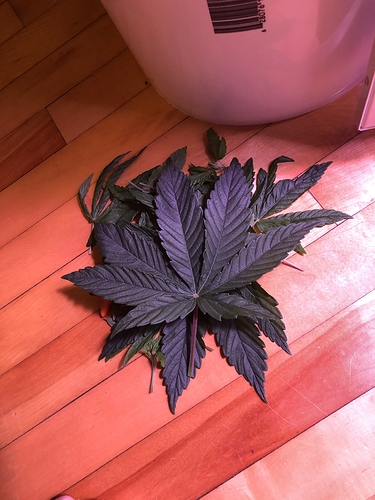 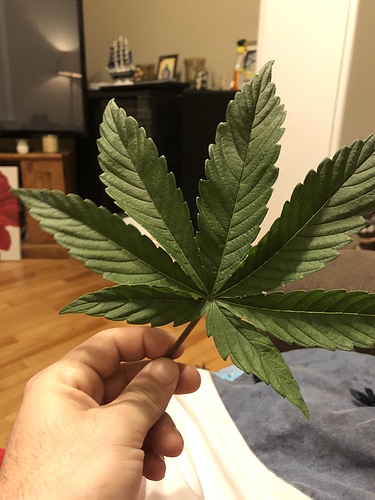 Are those sticky traps on the wall? 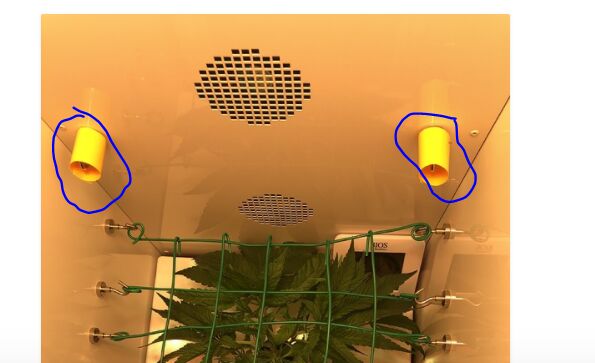 I’m dealing with that too right now. My wife replanted one of her houseplants and I think the soil had fungus gnats present or … who knows?

I set up fly traps around the infested plant and inside the Grobo.

I’ve been using Neem Oil for the past week and I think I’m combating the population pretty good. There’s less and less present every day. … … knock on wood. Plan B is getting rid of the plant altogether, wife has approved it… but I feel bad so I wanna try to fight em off. At first I was spraying mostly at the leaves but have been focusing more on the soil itself. The fly traps around the plant have a shit ton of them on it, and i have two fly traps outside the Grobo itself on the left and right sides and also some inside the Grobo.

So far I’ve only caught one of those buggers inside the Grobo in the past two days, and I’ve noticed considerably less around the infected plant in the past days.

Also, I’ve noticed that checking on the Grobo is usually when one will make it’s way in. They like to hide behind the walls of the Grobo and the crack on the ceiling of the Grobo between the walls too I’ve seen.

Also, if your cocopod is staying damp at all still I’d suggest moving it upwards from underneath carefully because the wet pod is what was attracting a lot of them in the first month of my grow. It took me 30 days to finally dry my pod out, and I did my first Transition water change and it rose my water up to high again and re-moistened the pod. Had a tiny problem for a day or two with a couple of those little buggers but it’s been better and better.

It’s been a bit but here is an update 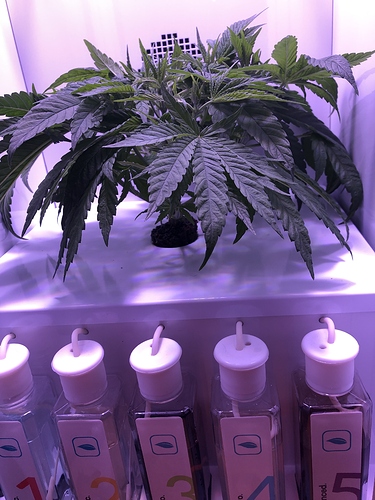 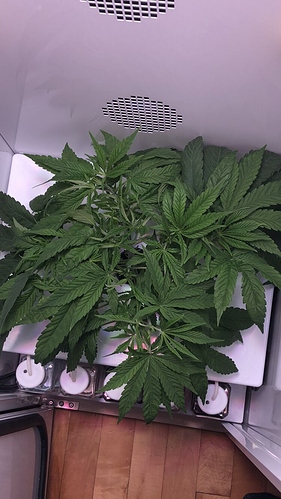 Looking healthy for sure but I would definitely extend one week and re-analyze. She appears to be a slow and steady girl 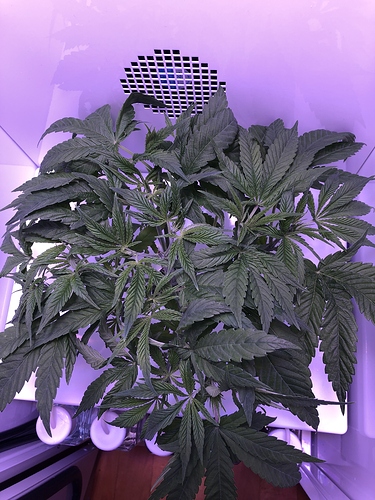 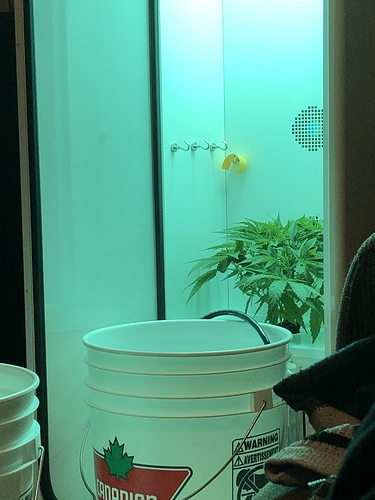 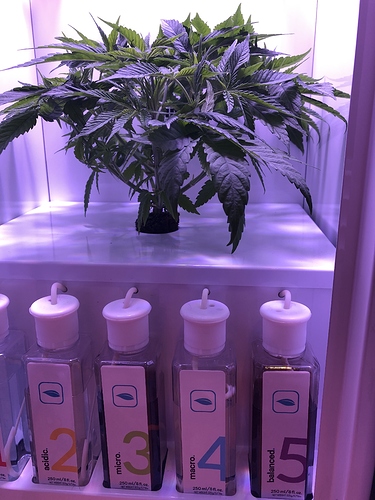 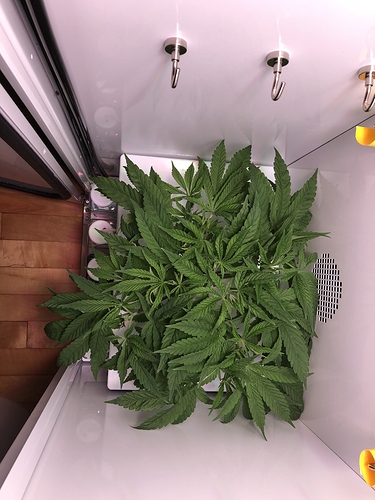 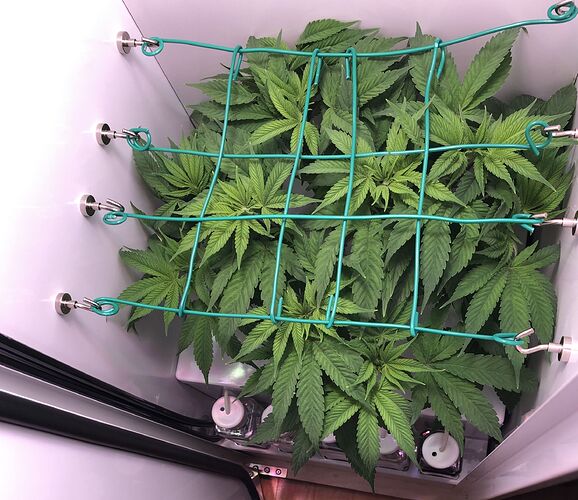 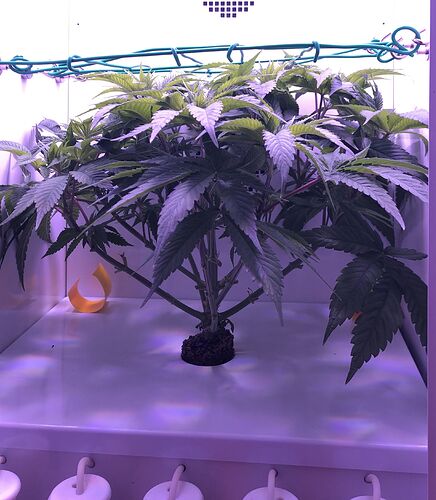 And here is day 1/14 of transition 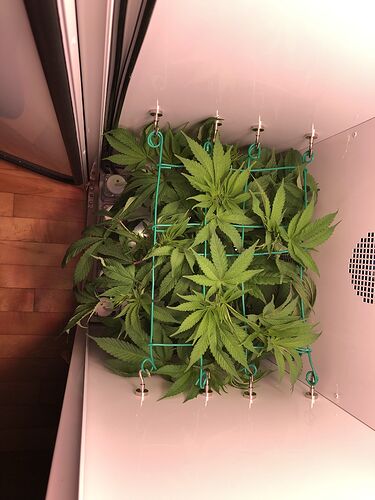 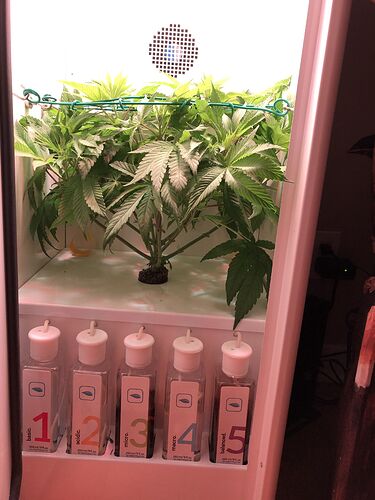 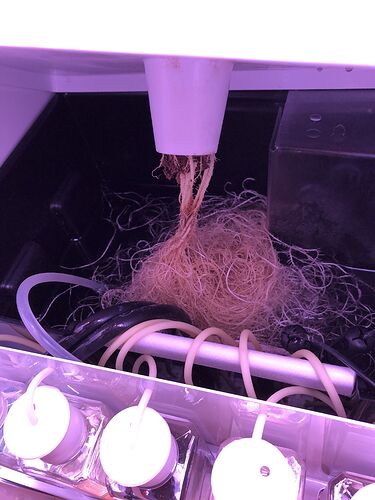 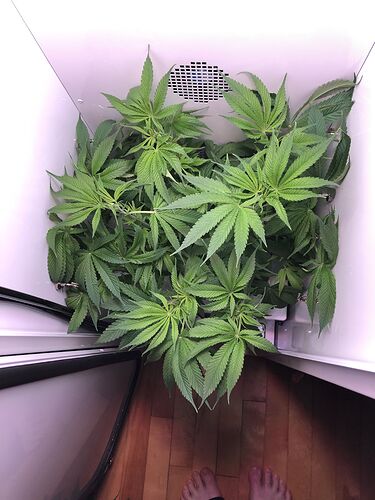 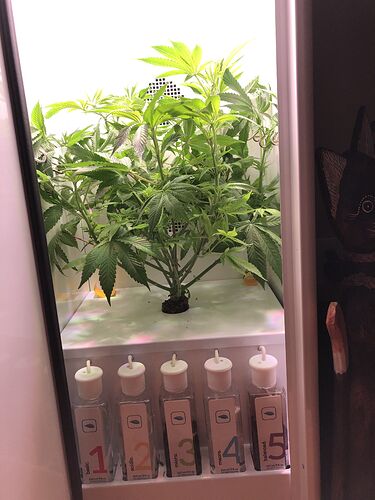 I see some more big fans you could probably trim out honestly, to get some light down there as well

No worries my man, you’re doing fine. Your plant has a TON of leaves, many to sustain it’s growth. Since it’s a photoperiod it can handle the haircuts.

Anyway, maybe when you feel like it’s time for another haircut, these were the ones I would suggest starting with… the call is yours and I feel like you’re doing just fine… just my observations though of what I would take from that pic alone 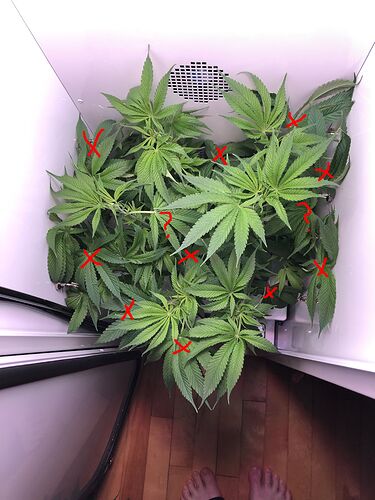 Your plant is starting the stretch so any extra light to lower branches will allow them to jump up and compete with the taller ones at this stage, sometimes over night. Also, any extra side light penetration will continue to benefit the bud sites