Hello all! This is my 1st ever grow and I was hoping for some feedback. I’m currently on day 59 of my grow. It has been growing very well however I’m concerned about the lack of buds… should I have any buds yet? I also noticed my light settings are still on 18 hours. Should it have switched to 12 hrs yet? And how is my trimming? Do I need to trim more at this point? Any info would be greatly appreciated! I’m growing a critical purple autoflower feminized seed. Thanks in advance! 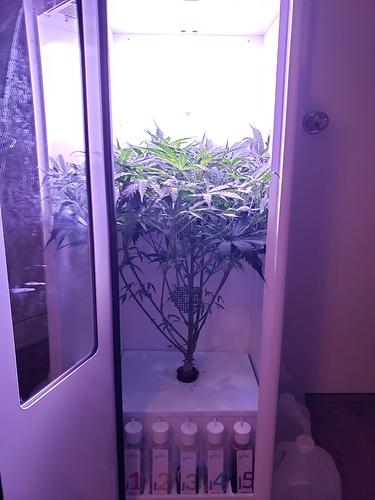 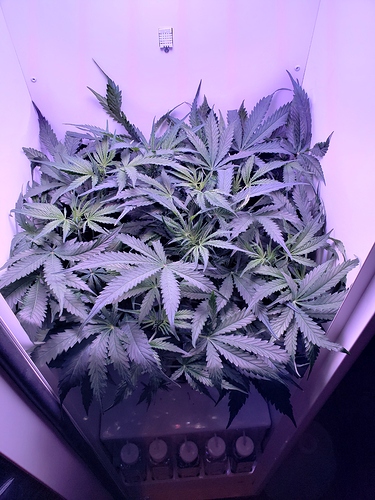 You picked an auto and the lights for autos are always 18 hrs. Only photo sensitive period ones change to 12. Can you post some more close ups of the stems 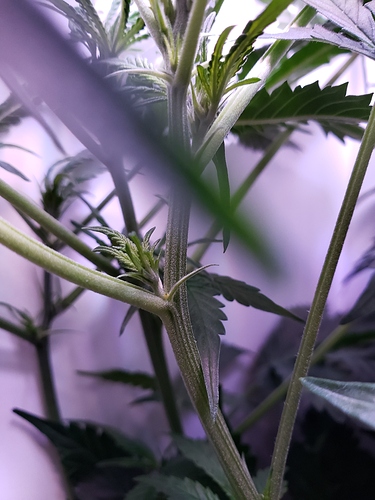 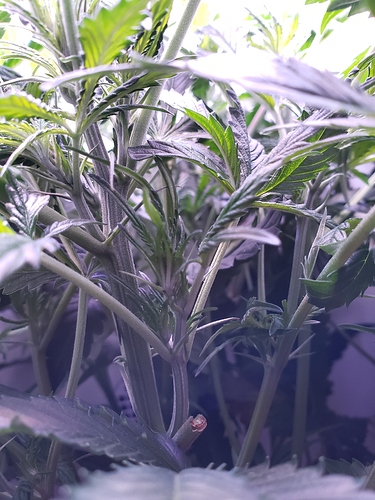 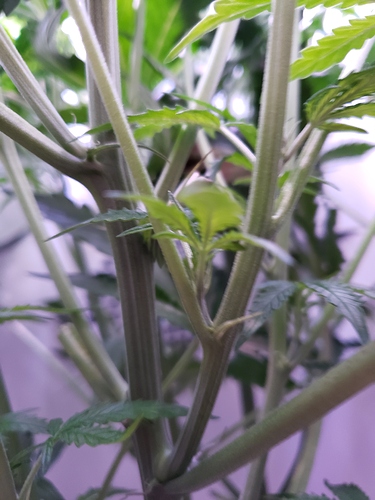 Welcome! Nice looking plant you got there! I don’t see any action yet in the close-ups, might be a slow bloomer

Ok. Thank you! When I wasnt seeing any action at this stage, I started to worry.

Here is a picture of the seeds I purchased in case it offers any insight. 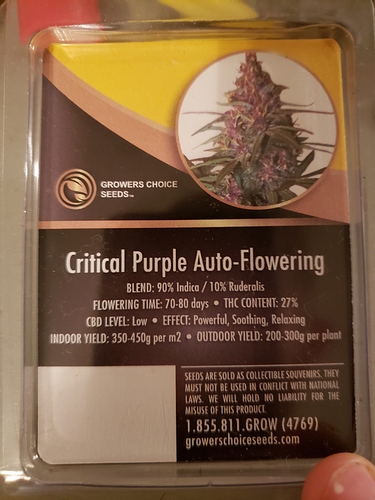 Not a hermie, just a slow auto. One of the big reasons I’m not a fan of autos. They are like teenagers and do things when they want, not when I want them too. I’d be extending the flower stage by a couple weeks at least while we wait for her to bloom.

A hermie will throw a male flower out in the middle of a female bud. We call them nanners because they look like a yellow banana sticking out the side of your bud. Some good pics HERE.

Thank you so much! Once I get through these few auto seeds I have, I will be going away from that. The only reason I even bought autos was bc I was going to make my own set up and I bought the seeds first… then I discovered Grobo! I love the unit and the community that goes along with it!

Thanks @Stephen for sharing that.
Only in my first auto now and it’s now burning touching the light. It is 32 days behind the other plant and you can tell in bud size but in plant size the auto is massive.

@Stephen would you recommend auto for a back yard grow then ?

@Todd.grobo I’m sure you can @Stephane grew an auto last summer

You definitely can grow nice auto’s outdoor. I recommend a small greenhouse to have more control over your watering/nutrient intake.

The auto’s I grew were very happy and because of this became quite large. The nice thing about auto’s is if you start them early enough you can affectively grow two grows back to back in a season before it gets too cold outside. Mind you that’s dependent on weather in your area.

For sure look at humidity levels if you are using a green house and make sure you have a fan or lots of airflow to prevent bud rot.

If you need pointers I’d be happy to help. Cheers.

I wish I could. I have started outside from seed in june when the snow melted and by October the snow made me have to pull the plants and bring them inside.
This year I’m going to start in the grobo and transplant once it reaches transition.
But the autos with 18 hrs light would be a good fit for my city where we get light from 6am to 11pm in the summer

@Todd.grobo I grew a couple autos outside last year in an area where they only received (direct) sunlight from 2PM-7PM due to where they were situated; through most of the daylight they were in the shade. I planted in June and pulled them down early in Sept (IIRC). Didn’t get the biggest yields but it was an interesting experiment and led me to continue with autos given the quick turnaround.

The same strain (new generation) as one of those grows, in a tent with 18hr light, has grown to be about 5x larger and nearly 2x slower than it was in that outdoor grow. I had expected to be harvesting soon but instead she’s just starting to fill out the buds! Glad she’s grown so big but wasn’t expecting the delay.

I believe autos can be somewhat controlled but only after a fair amount of familiarity with the strain and its growth characteristics is attained. My results have been quite mixed but have also been trying various strains; where I’ve repeated the same strain the traits and behaviors are becoming better known.