Does anyone own a seedo machine [Bankruptcy]

Just following up on this topic quickly. It’s my understanding that Seedo is still not shipping yet.

At Grobo, we have now been shipping for months and are slowly seeing more and more photos from our customers’ grows! More systems are shipping daily and we can’t wait to see what everyone grows.

I’ve been following their campaign and it seems that most folks are beginning to request refunds with no response. So now they’ve resorted to doing chargebacks with their card companies. Only what I’ve read on their social media outlets and forums, so it remains to be seen if anyone will actually get a unit.

My thought is you just order yourself a Grobo!

Just got this email, Looks like they are doing a product launch and are a go. Good to have compition for the Grobo team!

There is one big design feature in my opinion that separates the Grobo from the Seedo which was a deciding factor for me. 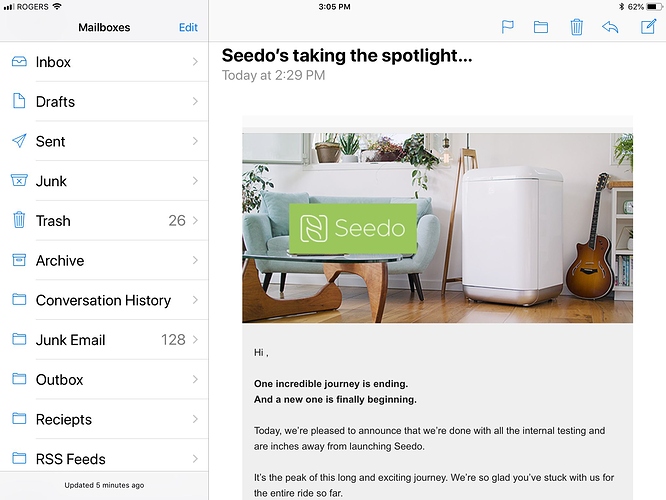 They’re making progress for sure, but still a long way to go. It’s interesting to see that the email says nothing about them receiving their certifications. It sounds like they are just beginning Beta testing now. We started our Beta testing in ~April 2017 and it took almost another year before we were confident enough to start mass manufacturing and shipping.

It will be cool to see how quickly they move through it. Competition is always welcome!

Good on you guys for welcoming competition! #respect. Here’s the full email in two screen shots. Beta testing for now seems like they had a long transition to beta. Public email sent today so no NDA involved. 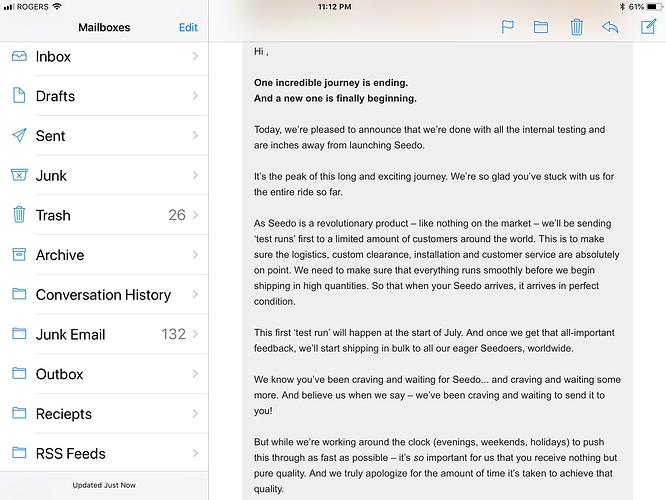 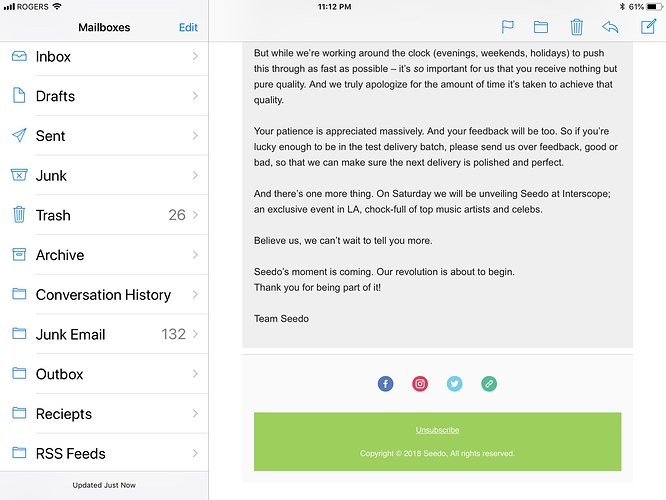 Correction they are doing an unveiling not a product launch.

I’m new here. I ordered a Seedo box the end of June 2017. I’m still waiting for it to be delivered to me.

It looks like a decent machine. Latest update is some people are getting their units in Aug and others later in the year. Long startup process it seems which I think the Grobo team went through.

I ordered my Grobo in May 2018 with expected shipment of Oct 2018…SURPRISE, got it yesterday (July) and I’m on day one of my grow now 3 months ahead of schedule. 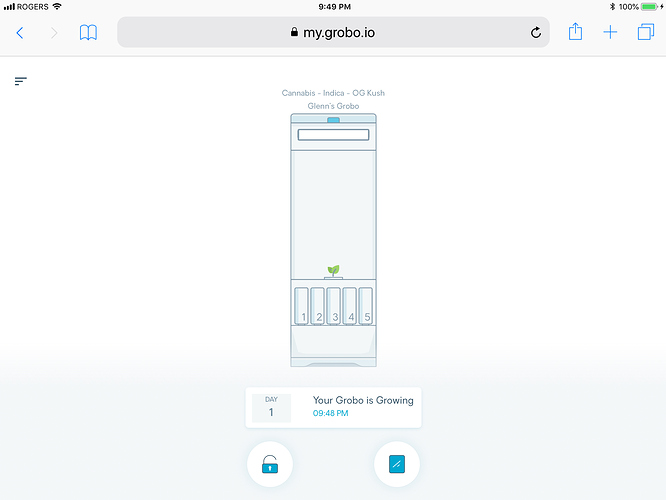 I look forward to some Seedo reviews down the road, Good Luck and happy growing!

Thanks! It has been a long wait but I’m trying to be patient.

If there are any of the beta testers of seedo in the forum I would really appreciate some first experience review.
Seedo told me my unit should be delivered in october.

Hmm, I got a Twitter notification the other night saying that they were shutting down their Twitter. It was a notification, when I clicked the notification it said the tweet was deleted. Went to their feed and their tweets are gone/deleted.

From what I can gather they announced the first group of units shipping August then a bunch more 2 or 3 months later. Lots of outrage from people who have paid 2 years in advance who are not on the August shipping list. Recent Facebook comments are getting nasty. Delays happen but too many setbacks will knock over the apple cart IMO.

Ouch. That sounds pretty rough. I’d be cheesed if I prepaid and accounts and such are starting to shut down. That certainly doesn’t instill confidence.

I’ve not seen any evidence of them shutting down the business. They seem to be ramping up actually they did a livestream harvest on Tuesday. It just seems odd to shut down a social media forum. I guess it’s to lessen some negative impact, everyone of their tweets lately had comments to the effect: “Where’s my product?”

At this point I personally wouldn’t consider a Seedo until there’s actual evidence of actual customers receiving product. I wish them well but the consumer expectation clock is running out of time for them.

Ah I see. I haven’t looked into them much. But from what you say, I suspect you’re right about their social media. Perhaps they will start. New account once they are more confident they can produce on time. Not the best strategy for customer satisfaction.

If you guys have Instagram they seem to have posted a harvest video yesterday.

I’m not sure what to make of their campaign at this point. Guess we will all continue to wait and see what happens for those who are waiting.

I ordered one unit June 2017. Still waiting. Figure it will be here before/by the end of the year.