Roots like good
Raise the pod a bit and hope she dries out. Keep us in the loop

Thanks! I turned my bubbler down a tad also, I think when its cranked to max it spits water up onto the pod. So ill see if that makes any difference too.

I did another drain/fill yesterday. I was technically just do for a fill but it was time to top her. I also removed 4 dying leaves so I wanted to give her a fresh boost of nutes. Im still hoping for some more root growth too! 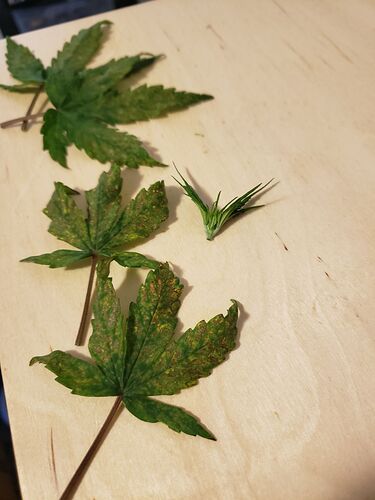 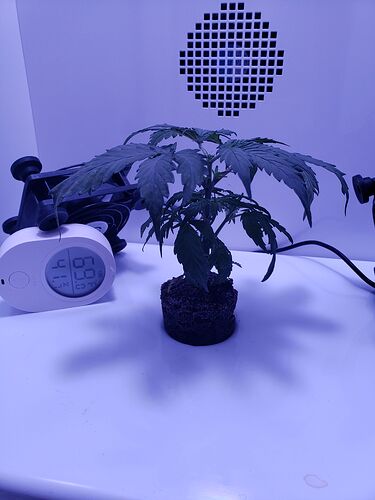 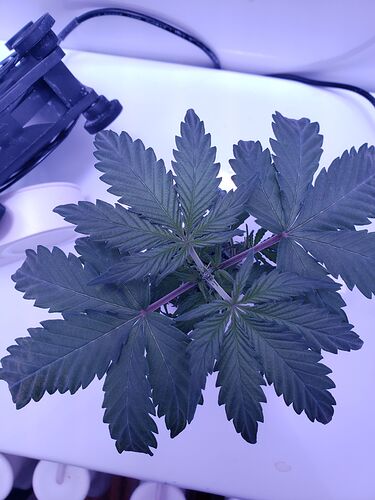 Just here to give another update. I did my weekly drain/fill. I had a couple rough looking leaves so I removed those and did a pretty decent amount of trimming. After topping, it created two main colas as it should’ve but they were growing straight up together. I used my drying racks to spread them out and to help even up the canopy. The root system is growing too so Im hopeful we turned a corner! Ive included one pic of the plant before the trim, one showing everything I trimmed, and two others to show the post-trim. 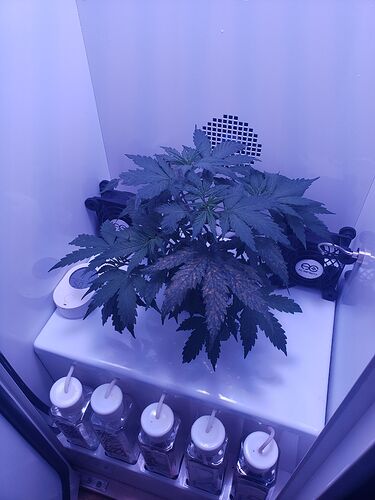 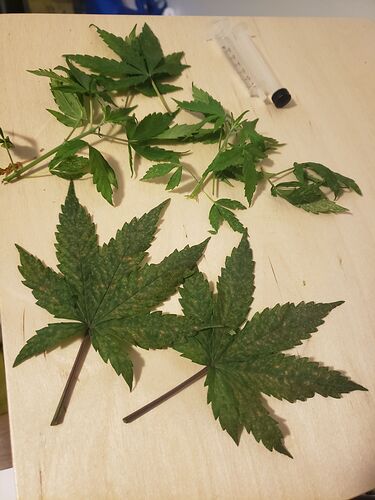 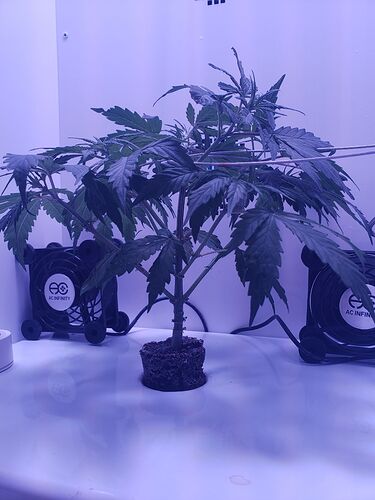 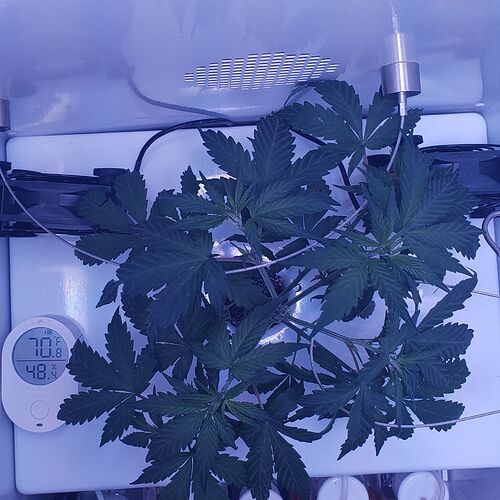 I had a couple rough looking leaves 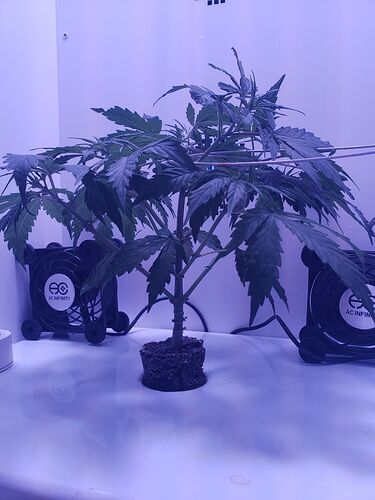 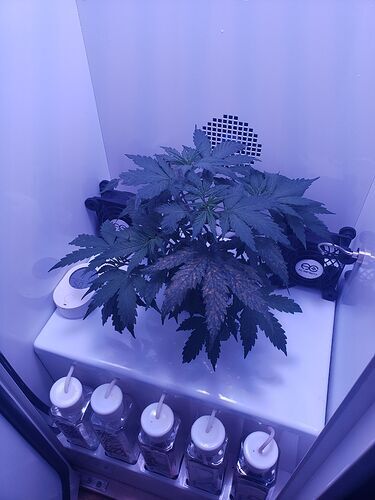 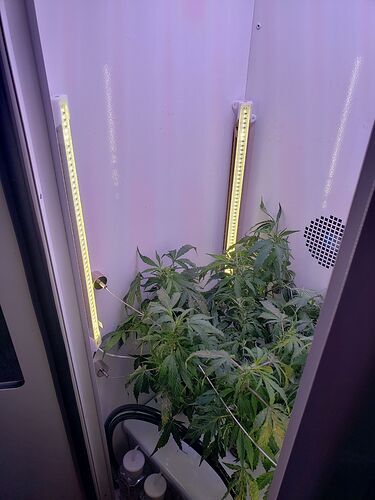 (Do what you like with this grow and have it as your base grow for the next grows): (Every grow can be a little different, play around with them and find your favorite way of growing):

Currently all autos are getting 18 hours of light, consistently throughout the grow.

Traditionally growers don’t high stress train autos (Topping, microtopping) because of the time it takes to recover. (1-2 weeks) With autos, they will enter the flower period quickly, usually not offering enough recovery time to make your efforts pay off in the end. That being said, it’s your grow, you can do with it what you like! 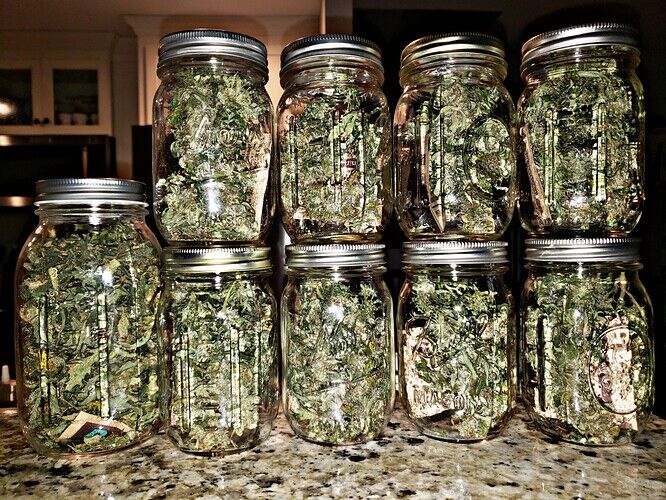 Looking really nice @Chad_Johnson, I like the LST you’re starting as well really opens the plant up and forces it to spread out a bit!

Thanks @pyromancy ! She is responding well. It definitely opened it up and helped even out the canopy. Im excited… the stretch should be coming soon

I’m glad you were able to save the plant.

You and me both!

Hey AF fam! I am seeking some advice and would any input. I am do for a drain/fill today and today is technically day 1 of transition. The transition period on this one is 14 days, and being an auto, I know the light schedule isn’t going to change so I know that’s a mute point. Ive already extended veg by two weeks. Im definitely willing to extend it another week. My question is about nute dispense. I assume the amounts of nutes that dispense are different between late veg and transition. I included some pictures to show that I am still experiencing some issues that look like nute burn. Im going to clean up the plant today with my drain/fill. But do you think I should extend one more week 1st or let her ride? Thanks in advance! 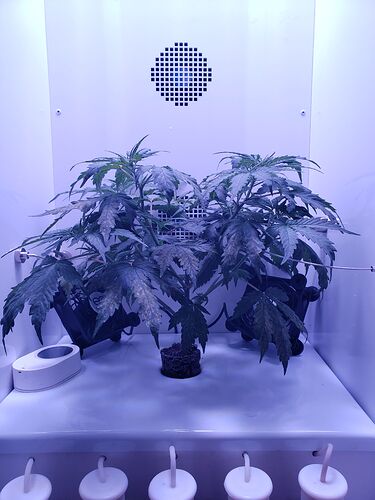 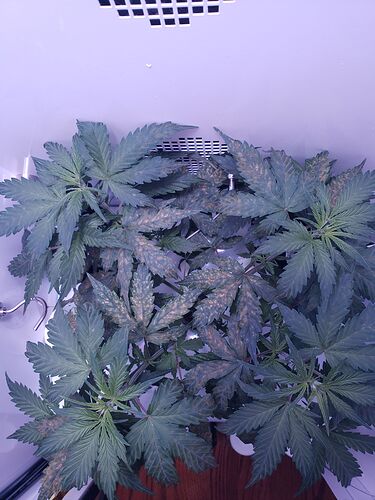 I wouldnt extend the autos because of stretch. She ia getting nutrient burn though. Sensors are clean?

Are you sure your auto recipe has late veg? Mine only had early veg and then transition. 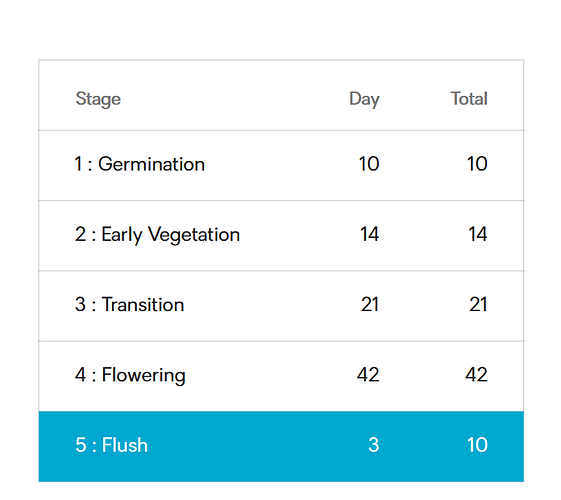 For autos, it seems like the difference in veg vs transition/flower is the nute dosage is doubled and the water level is moved to high.
Early Veg - fills to medium float level. 10ml nutes
Transition/Flower - fills to higher float level. ~20ml nutes

I think you have a nute deficiency considering she’s been getting the lower nute dose from the veg state. I would move it to transition prior to your next drain/fill so she gets more nutes and water. Looks like you’re out of the woods as far as damping goes so no concerns there.

Thanks guys for the quick response! @Todd.grobo my sensors are clean. I have been checking them regularly and even recalibrated to be safe about a month ago. Ive also been doing manual readings to ensure my ph, ppm, and water temps are good and everything seems to be staying within the normal limits. @miami5th im not sure why I said late veg

Autos can be quite unpredictable when it comes to their height and tolerance for training. I’ve had one grow really tall and 2 others grow to a medium/short height (2nd fan).

I think it depends on the genetics and strain. It is very helpful to research other people’s grows of the strain to see what kind of heights they reached because with autos you are very limited in controlling the height.

Since she was topped, that’s a considerable amount of stress, and I don’t think you will have to worry about height issues.

Based on my 1st go around, and others posts that have grown the same strain, this one loves to stretch in grobo. So im hoping that topping and other trainings will stress her enough to keep her shorter. I will also have a much more even canopy this time around vs the 1st time I grew this strain

It could be spiked for a few reasons. Improper or outdated plant formula that stephen can adjust if you happened to open a ticket or perhaps it just dosed and when it dosed it hit your roots directly getting a little burn in the process
As long as new leaves are without spots youll be good

Awesome! Thanks again! If im still seeing any burn after today’s fill, ill put a ticket in. The good news is that all the new growth looks healthy… and actually the leaves that have the most burn are the leaves in the middle. The top and bottom of the canopy is almost all healthy leaves while one row in particular all look bad… maybe that is from when the nutes hit it last week with the fill? I’ll keep a close on her

Yeah that would be my guess
You should be good

Whats up AG fam! Im long overdue for an update. Im still experiencing a small amount of nute burn but from I can tell, its not affecting growth much. Im on day 20 of 50 in flower and ive got some white hairs that started a few days ago!

I would say that this particular auto does better when treating her like a photo. Ive kept her under constant stress the entire grow in order to get her to spread out and not grow to the lights. My main colas are pulled in opposite directions to the farthest edge of each canopy. If I hadn’t done that, there is no doubt it would be to the lights again.
I’ve also added a little mod today to see if I can increase yields. I took one out of @Chem13dog 's playback and added some extra wattage but I put a little spin on it. Instead of trying to run a light through the plant, I bought some small full spectrum lights and mounted them to the corners of the grobo on magnets so I move them up and down as I desire. Each of these lights is 10w so ive added a total of 40 more watts. Im excited to see how this affects the budd development… especially with the popcorn buds that typically don’t get much light. With this project I do have a question for some of the champs… since its in auto I know that it can technically get light up to 24 hrs per day. I dont want to mess with the light schedule in attempt to keep the regular lights on, but would it be beneficial to leave the newly added lights on 24 hrs per day or would that be more harmful than helpful? Any insight would be greatly appreciated! 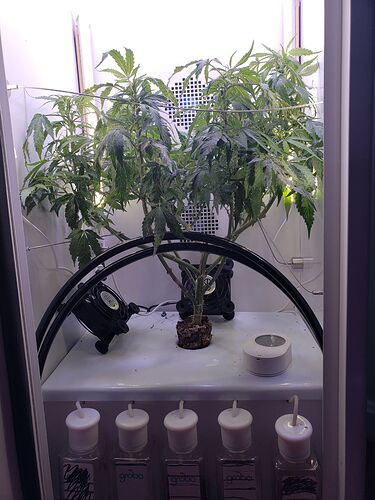 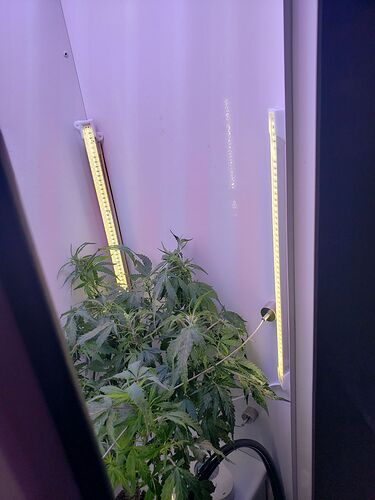 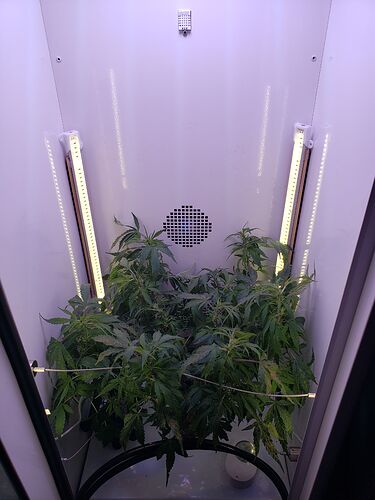 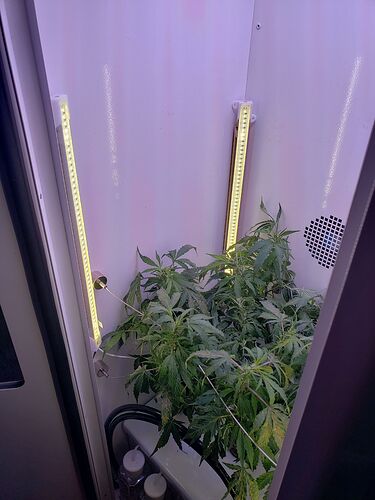