So I kept my plant in late veg for a long period of time. I was trying increase the height before going into flower. I’m now in day 29/40 of flowering and 142 overall.

I’ve got a lot of bud sites producing a lot of buds, but they armrest still very small. I’ve noticed the trichomes are getting cloudy and some are turning amber (please see pic). There are a ton of trichomes on the plant, but she still needs time to develop the buds.

My question is: does the plant continue to produce trichomes as long as it is in the flower stage? Are the trichomes going to decay and will the plant stop producing them?

This is a photo period white widow feminized hybrid from ILGM. This is my first cannabis grow and I have a ton of questions still.

Thank you all for being so helpful. 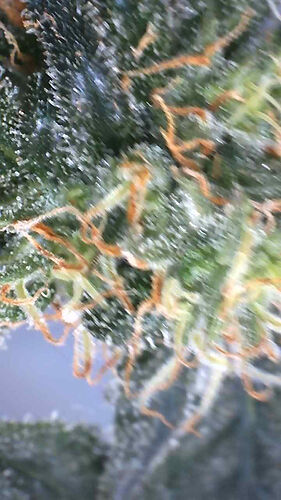 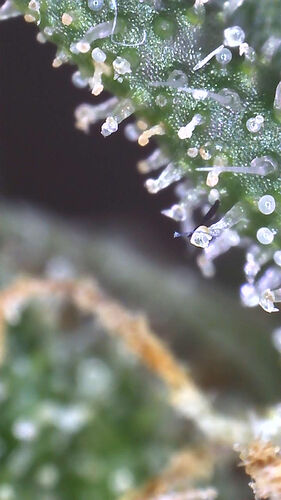 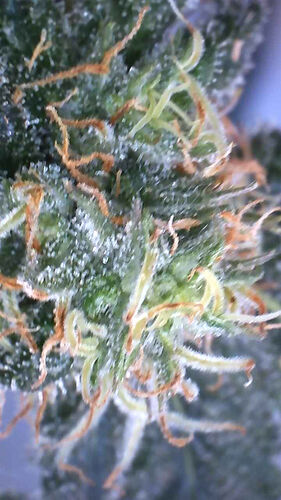 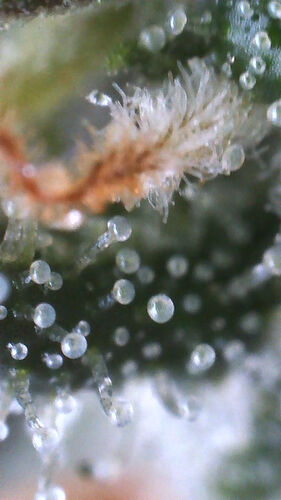 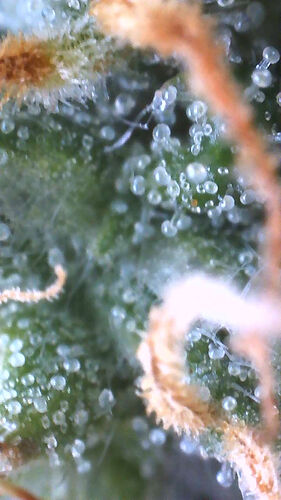 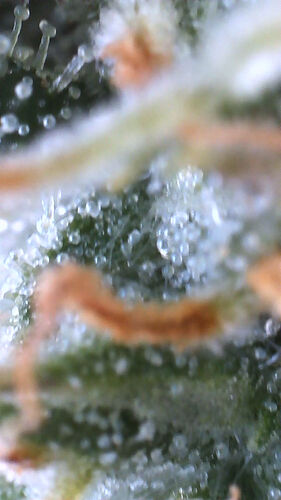 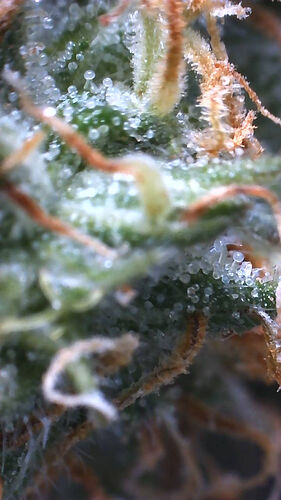 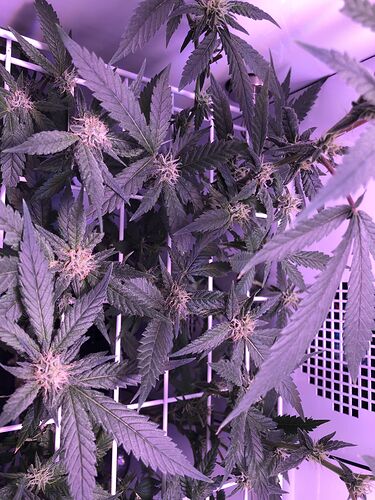 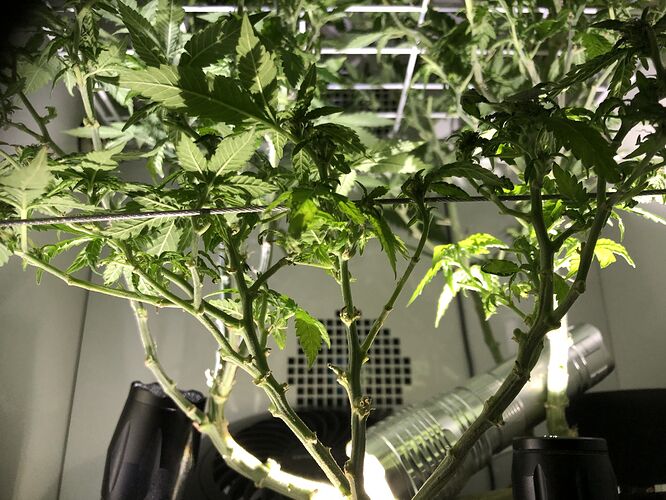 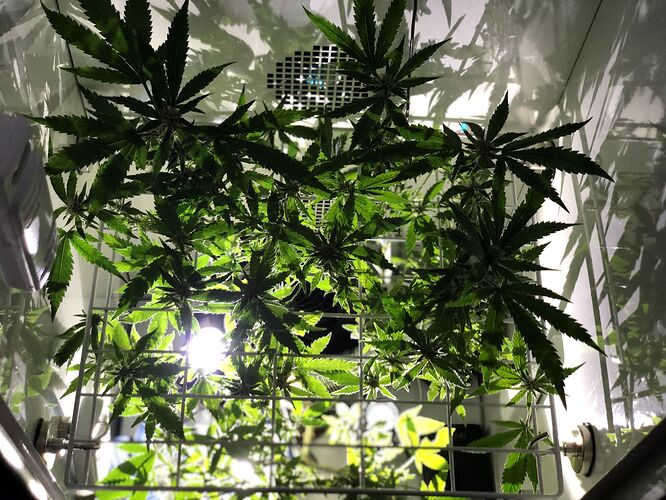 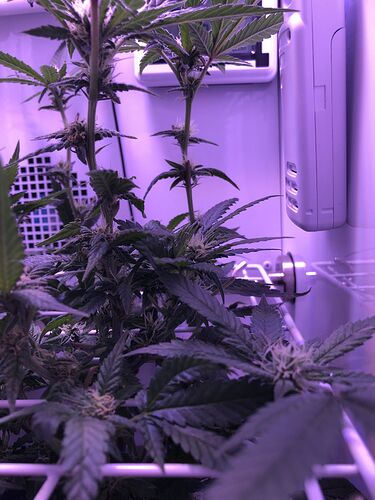 Trichs degrade over time as your flower’s life cycle goes on. And yes it will continue to produce trichs the longer you let it produce and fatten, but the older trichomes degrade so you have to pay attention to the ratio.

A darker trichome contains CBN: the Compound that makes you sleepy, whereas, a cloudy and barely amber trichome contains the highest amounts of thc. Your question has more to it: in terms of consumption, you want around 70/30-50/50 cloudy/amber trichomes in my opinion, depending on strain. Some people like to let their sativa dominant hybrids go longer to rescind some of the paranoia and racing effect, whereas some people prefer that effect and like their trichomes to be a higher ratio of cloudy to amber trichs (think 80/20 cloudy to amber)

In my opinion your girl could go longer, maybe two weeks and change.
White widow has a racy effect on its own, similar to the come-up on magic mushrooms (pulsating and psychedelic). So if it were me growing it, I’d let the trichomes amber up some.

Meanwhile, to fatten and swell your buds, I would look into the process and method of cutting off the very tip of your colas. I believe this process Triggers hormones to no longer concentrate at the top of the cola, but throughout the entire stem.

Someone with more knowledge might be able to correct me.

Thank you very much for he info. The recipe still has a couple of weeks to go. Im going to take your advice and just keep watching it closely. I am very curious about his method of topping the cola tips to trigger hormone redistribution. Im going to have to research this. If anyone has any further info I’m all ears.

Thanks again for your very detailed response. I need all the help i can get.

I was thinking about the same. Thank you.

No prob! Helps me out to explain it. Pigeons420 on YouTube does a good explanation of it.