Thoughts? School me. For next time :)

This is the largest bud I got off this plant. I went the full recipe.

Is there even any use in saving anything?
What went wrong?

This is a Mango Kush 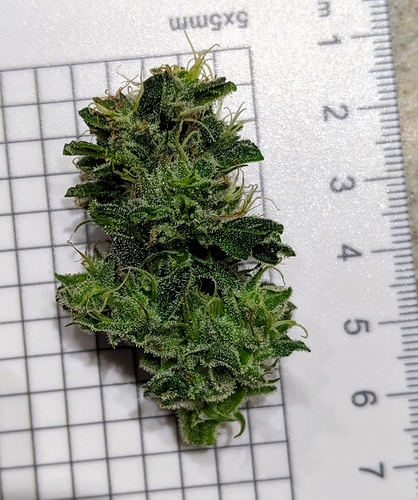 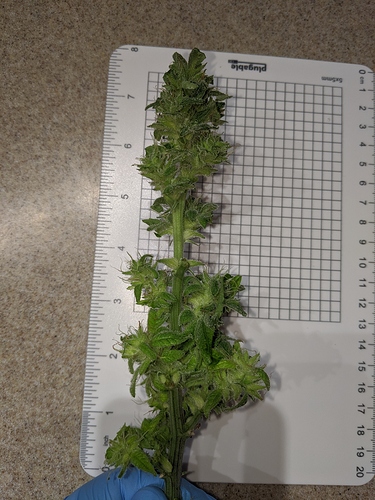 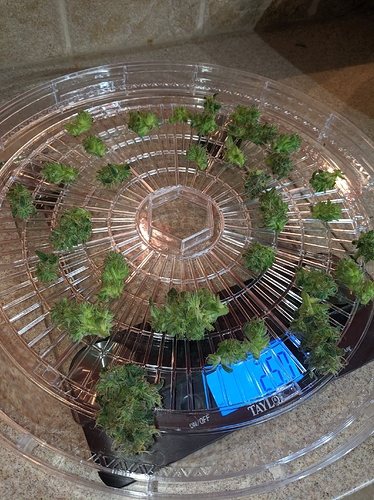 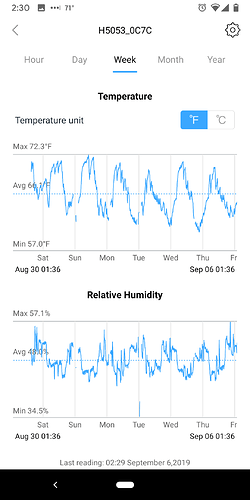 temps is they are dipping too low

So a heater at night to bring it up a bit for future grows you think?

Gosh, so much to learn!! Do you run your grobo inside a tent where you control the temps better?
But the water temperature should always be around 64 though, correct?

Was that an auto? Just let her run without any topping? Any adjustments made to your veg cycle?

Night time temps too cold, first place to improve on.

Was that an auto?

Not auto. It was feminized Mango Kush from ILGM

Just let her run without any topping?

Any adjustments made to your veg cycle

This I did not do. It reached end of veg cycle JUST AS you guys released the beta to extend cycles. Didn’t know it was a thing to extend! First grow! Ever! Woot woot!! Very amateur here, but not amateur enough that I know my buds don’t look anything like the real world

Coincidentally, there’s another grower posting in the forums with the same strain. It’ll be fun to compare results!

Is it possible that the ‘recipe’ needs updated? Wonder how much science goes behind a recipe.

Night time temps too cold, first place to improve on

Thank you!! Seems like an easy enough thing to work on for next grow!!

I imagine people have set up space heaters controlled by a device so I don’t have to turn it on every night and shut it back off in the morning.

set up space heaters controlled by a device

Most modern space heaters will have thermostat to control them. Set it to the lowest temp you want and it will only come on as needed.

Most modern space heaters will have thermostat to control them. Set it to the lowest temp you want and it will only come on as needed.

I believe a different suggestion was to run them at different temps during day and night? Is that not necessary?

It absolutely is necessary. Think about nature. Hot I. The day and humid and cooler at night with less humidity

As long as they are in the way of light to your colas get leaves out of the way. Some of the struggle I’ve seen is not being light conscious. Also as you know leaves not getting any light are not really producing. Get rid of them too as they are only taking energy away from the plants colas and future flowering phase. 1 foot is what the canopy should be but don’t be afraid to shed a few from the top blocking light as the plant will make up for this. Just something else that can help with harvest, yield, and quality of buds. Congrats though!

leaves not getting any light are not really producing

Thank you! I suspected I would have received this in the information from Grobo, but as stated, that information was to basically stop trimming and start checking trichomes during flowering. I wish Grobo would improve their weekly updates on this but if I remember the updates said everything from this point on that you trim will cause the plant to spend more energy trying to regrow it than on the bud, so to just leave it.

I think this next grow I will try a lot more trimming!

This is correct. You wanna shoot for leaving the ‘sweet leaf’ if that makes sense.

Heyo, suggestions on a controller with day/night temp settings (and NOT based on photocell)?
Inkbird has a lot of controllers but not any with day/night. I find Autopilot Greenhouse Master Controller, but that product is discontinued. Bonus would be wifi connectivity.