Hope all you guys are safe and sound.

I’’ve recently started growing a Skywalker, which looked great and healthy until the past few days where I began to notice some brown-ish stuff on the roots. This is when I began to slightly worry.

Also I’ve also come to notice today very small orange/light red spots on 2 or 3 leafs, I’m not sure if the two matter are related, but I’m mostly concerned with the roots.

Good news is that I have Not felt any unpleasant smell yet, can you please advise on weather I should start once again? Or should I continue the grow?

Thanks alot in advance 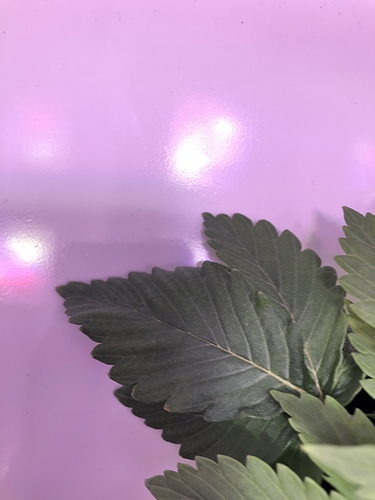 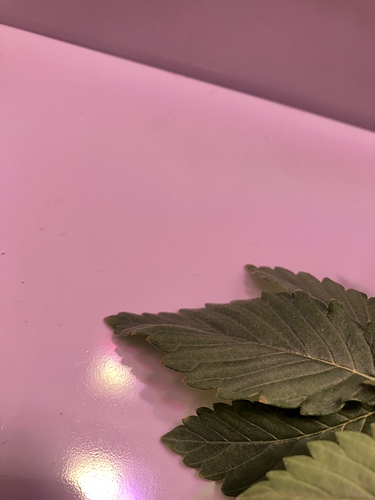 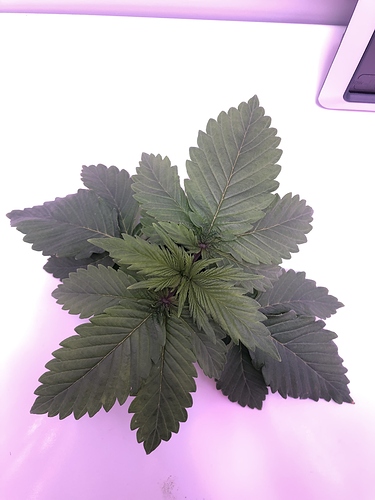 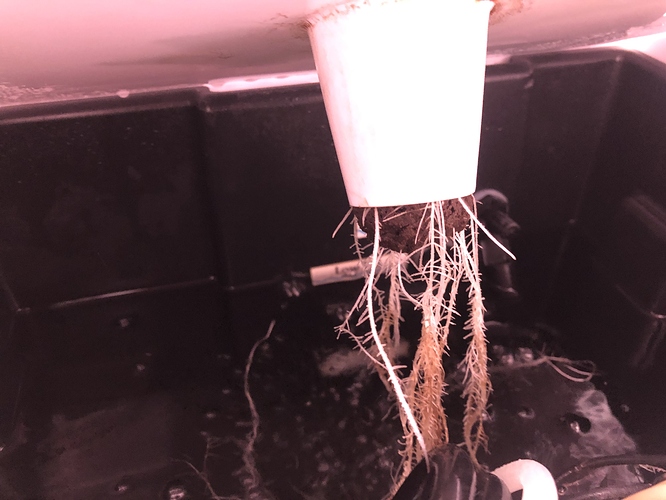 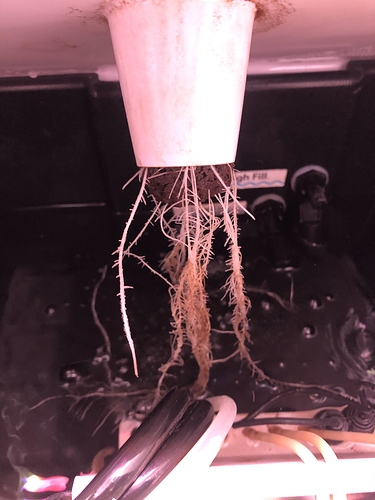 Looks like they are getting stained by the nutrients, which is pretty common.

Well I’m no expert, I’m just a newbie and haven’t experienced anything yet- not even made it past germ, so idk that I’d listen to me… that’s my disclaimer.

But from what I’ve read on here so far, I’ll ask you, are the brown roots feeling slimy? Could be root rot!! ?? Wait for champs to chime in but are you using hydroguard in your water?

Spots on edges of leaves seem to be seen pretty frequently on here and don’t seem to be that huge of a deal. ??? We’ll see what others have to say. From what I’ve read though, could be a nutrient deficiency or wind burn if fans are running high.

Also, if you haven’t been using Hydroguard now may be a good time to start. Even though the roots look to be stained from the nutrients, it’s always better to be safe than sorry.

I think a good indicator is the stuff on the bottom of your lid. Do you see in the pic there’s some staining there? More than likely from the nutrients, which is also probably the culprit as @VermontGrobo has said for staining the roots as well.

One really good indicator is whether or not it looks like a “birds nest” of intertwined and brown roots, that’s a bad sign of root rot…

I would agree, get some Hydroguard and use it from now until the end if you can!

Check this page out, you’ll see that your roots aren’t really quite as bad as most of these examples… but I would keep an eye on them! There is a small chance that you indeed do have a root rot problem but there are ways to combat it. @vegetato has dealt with it in the past and came out on top as victor, and others have as well. 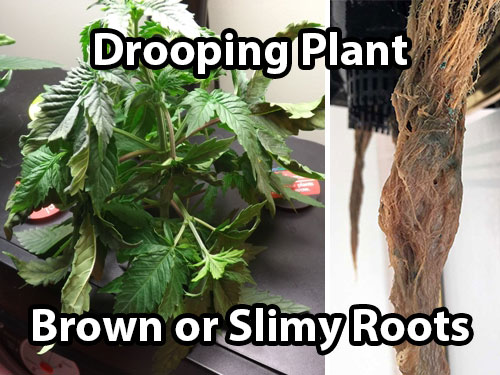 Cannabis Root Rot - How to Identify & Get Rid of It Quickly!

Discover how to finally beat root rot (brown or slimy roots) for good! The secret to curing and prevention is a supplement with a particular type of bacteria!

Hydroguard has been shown on this page to heal rotten roots and allow new growth to start, I would recommend getting some ASAP!

Thanks @pyromancy! I was nervous to even chime in at all, that’s really good to know about the bottom of the lid! (I’ve seen some pretty nasty ones and thought wha…???) Thanks for mentioning that to add to @VermontGrobo’s awesome info for me to try to remember!!

If there is even the slightest chance that the water in your reservoir will get above 71 F/21 C then you should most definitely be using something like Hydroguard.

Here’s those roots slightly color-corrected and enhanced a bit to get a clearer look at what we’re dealing with: 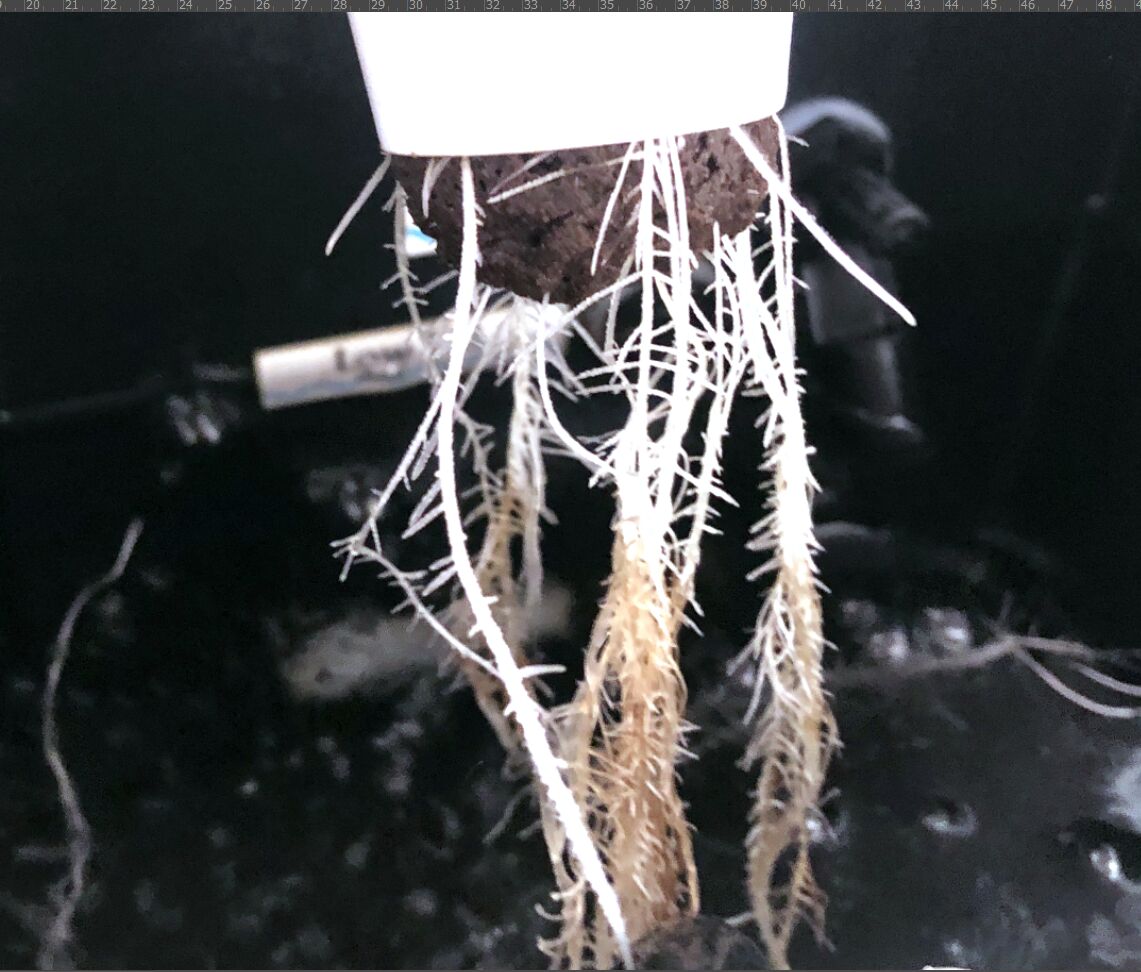 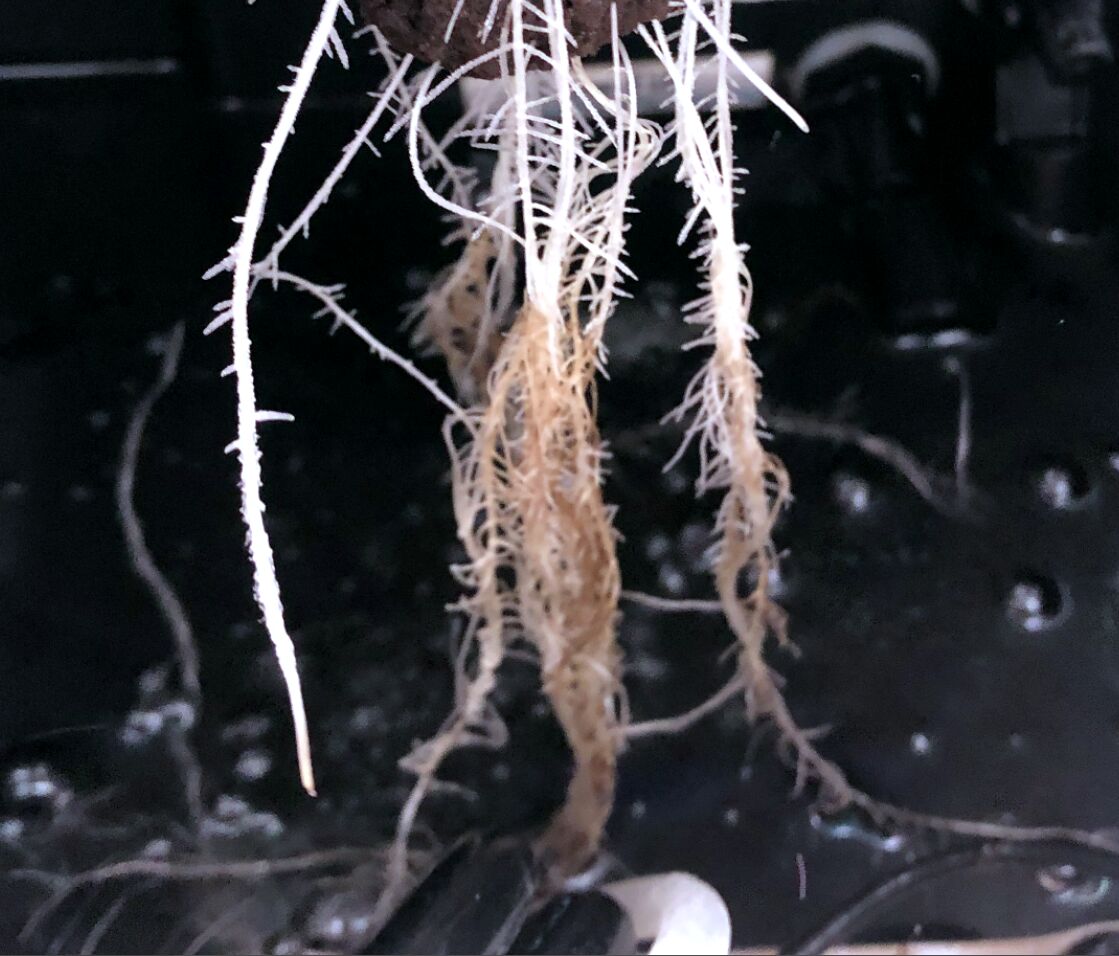 I made that second pic a bit too bright, and this is also important to point out: 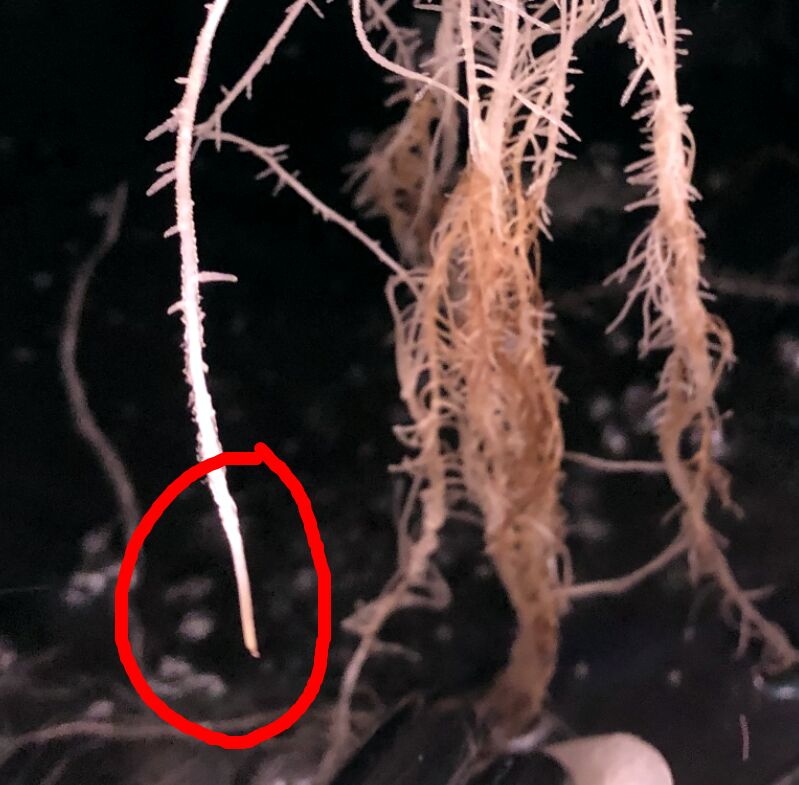 That tip going dark like that (circled) can be a sign that they’re being attacked. There is a slight chance it’s still just a bit translucent, as some root tips can be, but I doubt that’s the case here as there are other signs of potential attack in other areas and not just on the tips.

In summary, it looks like a bit more than just nutrient stain to me. I’d say the symptoms up top are likely due to what you see down below. Hydroguard would be good as well as monitoring and/or reducing reservoir temperature if possible, unless you’ve measured the water temperature already and are certain it’s staying below 70°F all day.

You are catching it before it gets really bad, but if it’s not dealt with you will probably continue to see detriment up top. It’ll bounce back if it’s handled swiftly - add hydroguard and try to maintain cooler res temps in general.

It also wouldn’t hurt to rinse the roots off with h2o2 if you can (even the 6% pharmacy stuff, doesn’t take much), and then do a water change with hydroguard included. It’s usually recommended to rinse/clean out the reservoir (with the 50/50 water vineger mix) when this happens but you might be ok just adding hydroguard - really depends on how bad it was and how tough the bad bacteria is.

If you decide to clean out the reservoir to be on the safe side, here’s a short set of instructions with more relevant info added; please note the part about unplugging bottles!

Thanks alot you guys for the helpful insights, much much appreciated!!

Will try emptying and cleaning the reservoir and ofcourse start using hydroguard from now on, and we’ll see how it goes from there.

Thank you once again.

Sounds good! We will be rooting for you… haha see what I did there