There sis no light at all.

The small light that is usually pulsing blue when everything is running correctly is completely off? 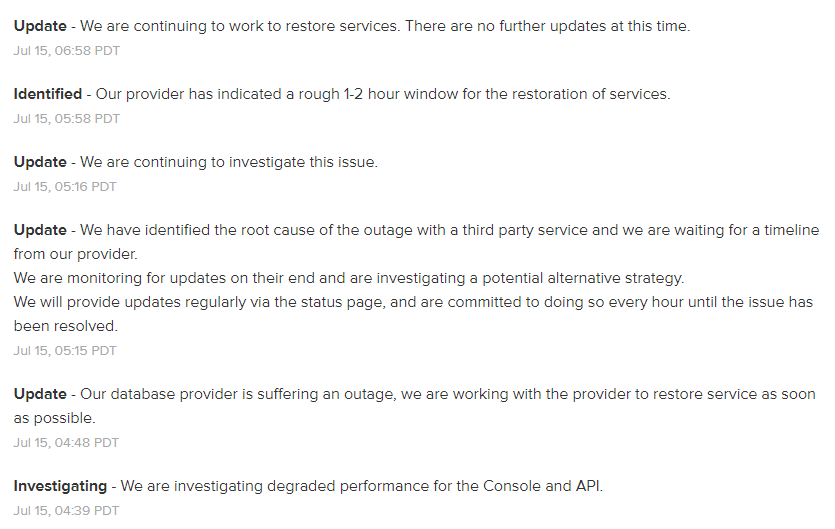 Update: As of 9:30PM EST our service provider is back up and running. Your Grobo should now behave as normal. In many cases your Grobo should have automatically reconnected to WiFi, then resumed where the recipe was before losing connection. If this...

Hi I’m ollie
I really want to purchase one of your amazing machines but sadly live in the UK. I’m wondering if or when it will be possible to ship to here please?

Hello Ollie, through the use of international couriers these units have made their way to the UK, Russia, and even South Africa.

Hello! I’m Steve and I just ordered my Grobo Premium! I’ve been growing for over 15 years, outdoor greenhouse and indoor hydro (Tent with LED and Hydro Top Drip Systems) and wanted to try something less time-consuming with a smaller, sleek footprint. After doing some research, I chose the Grobo and I can’t wait to jump in with this machine!! I know a lot about the plant but not much about how this system really works (meaning the ability to tweak and adjust for maximum yields). I’m looking forward to learning more and offering my own findings. Thank you for creating such an awesome community!

Welcome Steve! I look forward to watching your experience going to work in the Grobo! We are all here to help with any questions or concerns that you may have regarding the unit itself! Will be very interested to see what your preference ends up being after growing in a tent and then converting to Grobo. Glad to have you on board!

I’ll tell you where I’m from though! It’s a tiny yet geographically long nation in northwestern Scandalnavia, which in turn is in the northwestern part of Europe. We’re not members of the Union (EU) though.

I guess we’re kinda similar in that; Canada being (located in) North America while not being part of the United States.

Our indigenous people are descendants from the same Siberian nomadic caribou chasers. We have treated the Samí somewhat differently than how the French fur hunters did ‘over there’ in the 1800’s though. There’s been less physical violence and imposition. (Apparently they didn’t possess anything that the Christians needed badly enough.)

I was just thinking of our nations’ many similarities. Apart from the maltreatment and origin of those indigenous of course.

Because of the low crime rate we usually don’t lock our front doors either. Practically free health care. (Gotta love that!) We’re also a bit country where we act in lower pace than our southern neighbors. Most importantly perhaps is how beautiful and intelligent (i.e. not too inbred) we are! Both of us are thriving between 57 and 80 degrees north. And curling

Dam I’m rambling on… Still haven’t actually said where I’m from either, but I’ve made it pretty obvious I think. And if not:

As I was saying, I use humor when insecure.

Thank you so much for reading my somesense!

Fantastic introduction, I do hope you get your hands on a unit so that we can continue to enjoy your wit! Welcome to All Growers!

Hey all, just ordered my Grobo yesterday and can’t wait to start my first grow. I’ve already been scouring the forum and am excited to learn from you seasoned Grobo growers.

Welcome to AG @FireGuy! Will this be your first time growing or do you have previous experience?

Thanks @SWSVIC. This will be my first grow ever. I was originally going to do tent as I do gourmet mushrooms as well. BUT, being that this is only for personal use, I don’t need that kind of scale. I’ve already dived into your chiller post seeing as where I’m at with summer heat.

Same here, on my first as well and grow only for personal use. Couldn’t recommend Grobo more for starting out. I’ve learned a ton even before completing my first grow. You’re going to love it. What genetics do you have lined up for your first grow?