A few months ago, while online searching for information about the strain I was growing (there wasn’t much to find), I was lead here to where I found @vegetato 's grow journal who just happened to be a few weeks ahead of me growing the same strain. So quick thank you to vegetato for sharing their grow and allowing me an insight of what I might expect. It’s in that spirit that I wanted to share a few photos of my recent harvest and a bit of info for the next adventurer.

You know in ‘The Martian’ when Matt Damon said “I’m going to science the shit out of this.”?. That’s like me, but with growing this weed. At least that’s how I like to think it went down after spending countless hours consuming an encyclopedia of actual science, ancient folklore and bro-science. I’m sure more of it was beginners luck and solid genetics. With the biggest thing I learned being that I love growing.

When I started this grow I went as far as building myself a basic app that I could program a grow schedule into and log everything I needed to. I’ll be saving the day-by-day logs for another time but here’s a small preview of the app: 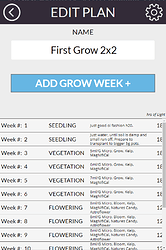 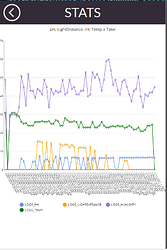 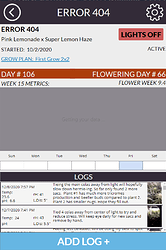 For the most part I had a relatively pain-free grow. Growing 2 plants in the same tent. Had pH issues early on from using distilled water. Which was quickly resolved once I swapped to spring water. The strain was expected to have a good stretch and it fully pushed the space limits of my tent.

About 3 weeks into flower/stretch, one of the gals started to hermie. I suspected due to her growing too close to the light. I manually removed the sac, as well as 2 follow-up sacs a week later. Once I corrected the colas ramming into the light, the herming stopped. And I think I was pretty successful in preventing a pollination.

From this point on they began to finish completely different. It was interesting to see the phenotypes play out under the same conditions and care. Plant 1 exploded with trichomes early on with it’s bud structure being tight and dense (even popcorn nugs were dense, almost no larf), while plant 2 started to take on a beefier & leafier kush-look. She also started foxtailing. By the end plant 1 had finished on time almost exactly to the day (8.5 weeks flower). I’m still leaving her sister up another week or so.
I also left the bottom growth on plant 1. With how well it turned out, I’m going to take some lower clippings and try to monster-crop her back into my next grow.

Plant 1 photos before and after harvest: 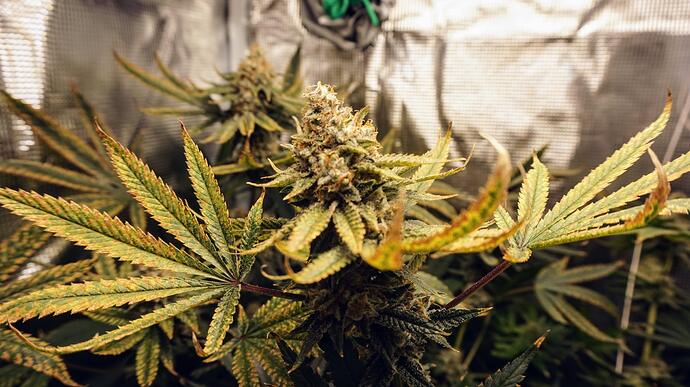 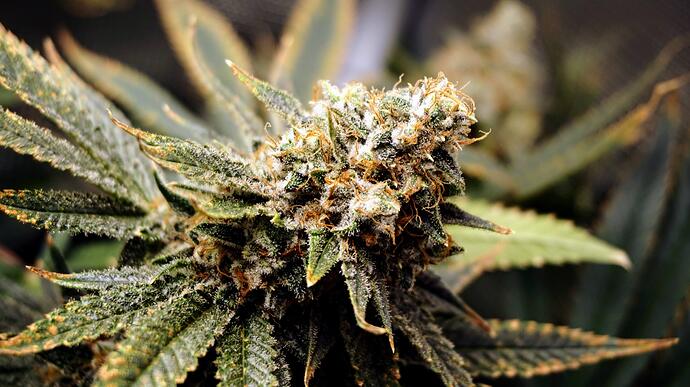 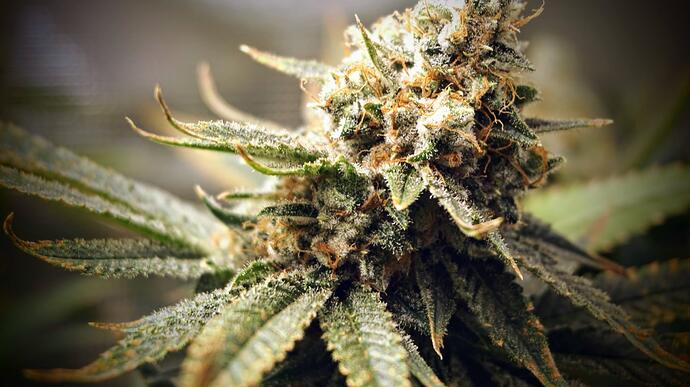 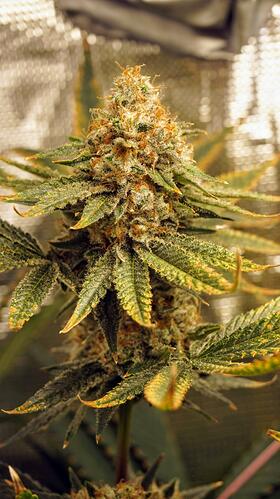 DSC01621_22997×5337 903 KB
Honestly super stoked with this one’s results. It looks like I dipped it in granulated sugar. The uncured tester bud was wonderful to smoke already… 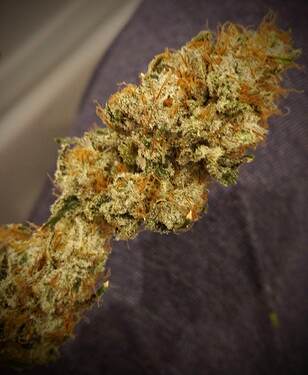 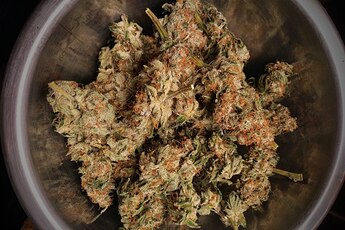 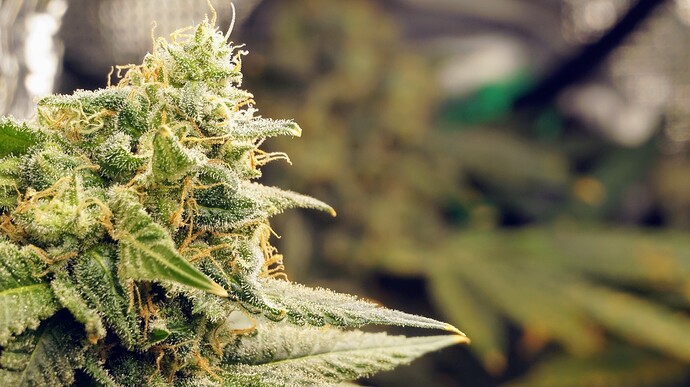 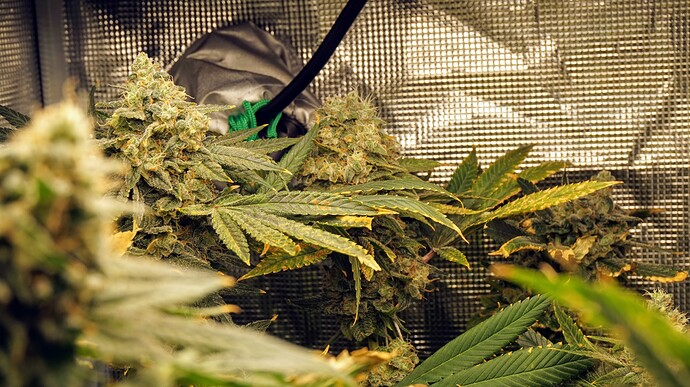 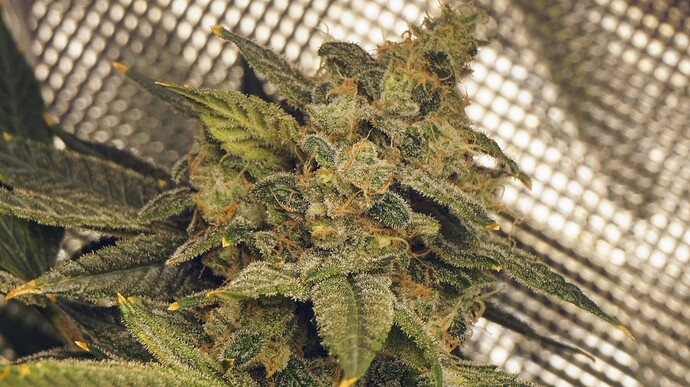 Plant 1 has a gas + citrus profile. Plant 2 smells much milder. Like bananas + citrus. Overall I would recommend these seeds and I’m now curious to shop what else they have.

Happy growing everyone! Apologies for the long-ass first post. I know I said a lot without saying much, so feel free to ask any questions. I’ll come back and update with a final weigh in once both are fully harvested + trimmed and starting cure. I’m hoping to hit around 140g from rough estimate. Cheers! 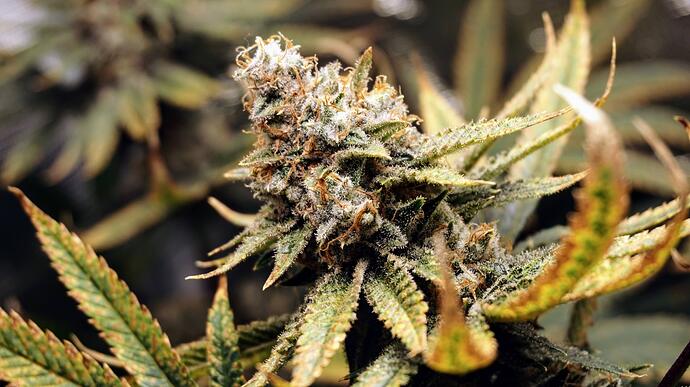 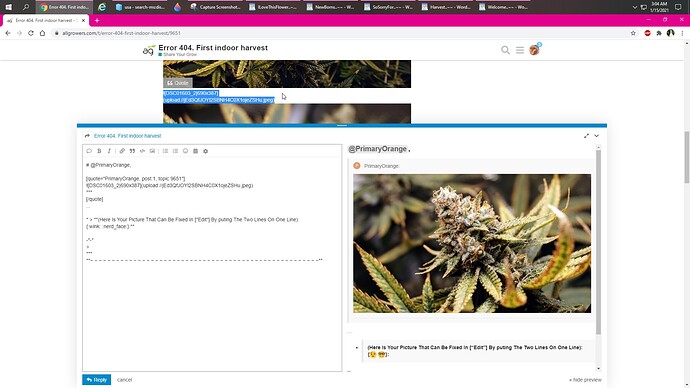 Looks awesome! Congrats, you scienced the shit out of that grow and were rewarded for your efforts, good job!!

Great catch on the hermies.

That app is pretty sweet… are you an app developer or something? That would probably be over my head for the level of knowledge I have about that kind of stuff.

Great work and that’s awesome you built an app for data logging. Thanks for sharing!

Awesome grow! Is the app anywhere to download? I log everything on a calendar app right now…

Thanks!
I wouldn’t consider myself an app developer. More of a guy that likes to fiddle with code to build random solutions as a hobby. This particular app was built using Microsoft PowerApps. Which is an easier coding language to pick up and utilize. Anyone who is confident using Excel (the code is inspired by VBA) already has the confidence and most of the knowledge to get started learning PowerApps. I’ve been using PowerApps for over a year now, so I’ve built quite a few app solutions for myself, friends and my employer.

Unfortunately Powerapps requires a subscription, as well as an office 365 through Microsoft. Which poses a challenge in sharing it with others. I’d either have to charge them a subscription fee to use it (which I don’t feel comfortable doing until it’s polished up), or transfer the app to their own account (if they already had one through work, for example). The advantage being that Powerapps itself runs on both iOS, Andriod, Windows and webbrowsers. So all you have to do it build the app once to be able to share it across all platforms.

The app is a rough thing I threw together over a few days for myself. Perhaps I’ll take some more time in future to polish it up and make it available for others to use. There seems to be an interest. There is already many other apps and solutions for free out there I imagine. I just like building stuff for myself as I can put whatever I want or don’t want in there. I can make a button do the thing I want it to do.

Thanks for the kind words and warm welcome everyone!
Cheers!