Reading through all the boards, I’ve seen a few questions regarding what the app can and cannot do. And lots of people have added on wishlist suggestions. Thought I would start a thread to keep a running tally of things we would LOVE to see the app be able to do here.

Please feel free to add on all your great ideas and I’m sure the Grobo team will consider what’s possible.

My first wish is I’d love a place in the app to track wet/dry harvest weight for each grow so we can track history by recipe.

I’d also love space in the app to be able to add notes as the grow goes along so I can add things like “topped on day xx” or “removed lower fan leaves on day xx”.

I feel like being able to see detailed history on each grow will let us learn and have better grows moving forward.

They will likely need a real app for this down the road and not just a web link.

Agreed. We can still let them know what we want for development.

@rainstorm3 @ToddYYC I kept track of my grow on Grow diaries… not affiliated with Grobo but an excellent place for information and other plants that have been grown.

It would also be cool if one day a camera was incorporated into the box, or there was the ability to plug one in and you could see live feed from the app

@Jamminbear cool! I’ll look that up. Was going to pwn and paper some stuff but I like me some technology.

@Jamminbear @ToddYYC have you seen this app? I think I’ll try it out. Let’s you use with pic and make notes etc. and keeps a History. 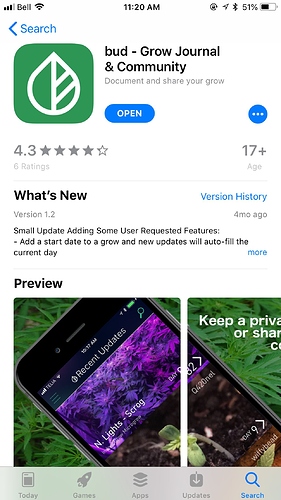 Thanks for sharing this @rainstorm3 I googled but didn’t see. What permissions does the app need and do they share or sell grow data

Hi @rainstorm3 thanks for sharing. Its apple products only. Hence I couldn’t find permissions for android.
Will keep my eyes out for something similar.

I found it in the App Store (apple) and they needed an email addy/password to sign up. And to my research it doesn’t state anywhere that they share or sell grow data. It’s prerry straightforward with the info it allows you to put in. You name your plant and add start date, and the updates you can add along the way you can add notes and pictures. You can also choose to post to the community or keep your grows private.

Thanks for creating this topic @rainstorm3, this will be a great way to gather everyone’s feedback and help us make more impactful and informed decisions on what to add next.

To address a few comments so far:

I’d also love space in the app to be able to add notes as the grow goes along so I can add things like “topped on day xx” or “removed lower fan leaves on day xx”.

I feel like being able to see detailed history on each grow will let us learn and have better grows moving forward.

A detailed history and grow journal feature is something we have discussed and is on the agenda. We launched initially without it so that we can focus on and guarantee the core growing features work, with the intention of slowly rolling out features like this.

If you find anything in particular you like about the user experience of any of the apps you are currently using to aid in your grows, feel free to add them here and we can look into applying similar flows to the features we implement.

They will likely need a real app for this down the road and not just a web link.

Both Android and iOS native apps are on our roadmap but we can certainly add these features and many more to the current web version before adding native mobile options. A bit of background on the decision to go web first:

It isn’t a secret that resources are limited at a startup. A common practice I have found to get apps off the ground is to release a single web version first, followed by the native versions.

The main benefit is that no users will be excluded in being able to use the product initially. Since we can only develop one platform at a time, there is a risk in choosing only one of either iOS or Android since we would be denying access to half the market. Focusing on the web version first allows our product to be less exclusive and more inclusive of all smart devices. That said we do fully intend to release native applications for both Android and iOS.

It would also be cool if one day a camera was incorporated into the box, or there was the ability to plug one in and you could see live feed from the app

A camera option is something we talked about in the early designs but decided to forgo for now. A camera feature would need tight security, top quality pictures and ease of use, not something we initially deemed an immediate growing concern. We may revisit this feature in the future.

Keep the feedback coming and I will be checking in regularly for any suggestions you may have! We may implement a beta test version of the app that you can sign up for to help us test some of the bigger features early and get your feedback sooner in the development process if you are interested! I’ll keep everyone posted on that.

Thanks @bjorn good to know that these discussions have already been on your minds. As the grow continues I’m sure more of us will come up with things we like to see.

That’s Bruno, our software lead responding! We also have a Bjorn and a Bohan.

Oh wow. Clearly didn’t see who I tagged before replying. THANKS @bruno!!!

Just a heads up on a couple things I noticed.

As seen on the pic below the text box now that it’s number of days growing double digits on IOS IPad 9.7” cuts off the text. It says “Your Grobo is Gro…” you may want to increase the box size so you can see the whole line or have a word wrap.

The embeded community link from within the my.grobo app is broken. There’s an extra w in www.allgrowers.com 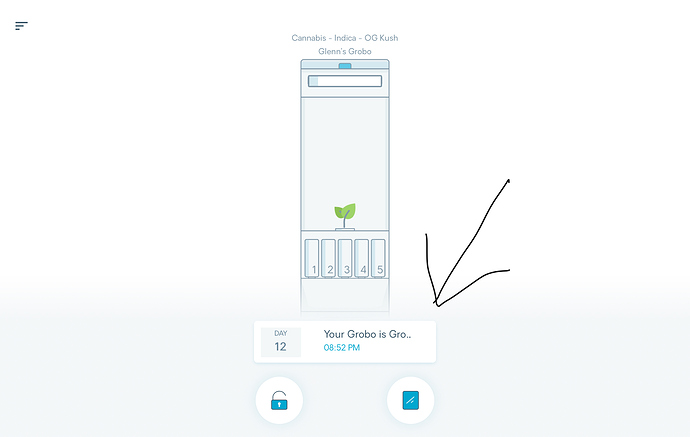 I noticed one of those changes on my post too. Prolly be a few more in the next few days.

@Azuri great catch, thanks for the pointer. I just updated the community link, it’s better now. We will take a look into increasing the tablet notification width in the next day or two. 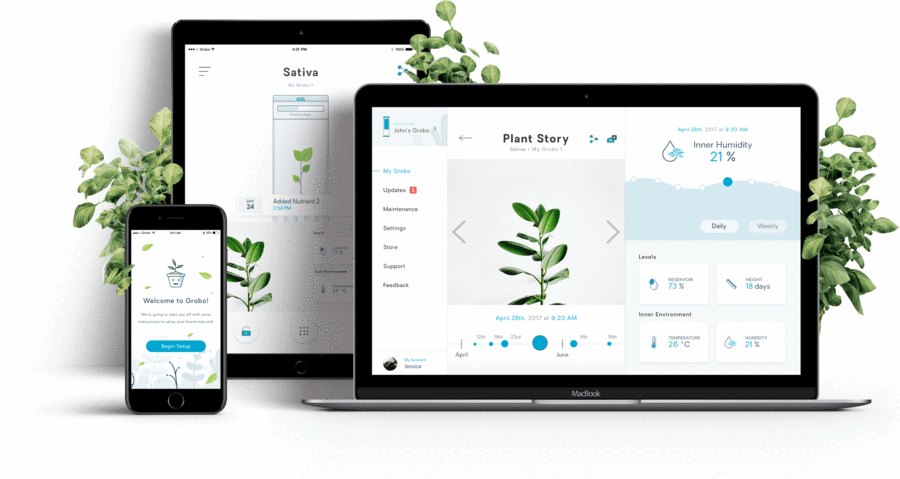 I guess my biggest question is why doesn’t the app look like whats shown on the grobo website. it shows temp, humidity, how full the reservoir is, and other information. temperature and humidity are actually two of the most important things in growing cannabis. being able to see the ph and ec of the reservoir would also be very helpful.

This will come later @greenmatter they wanted to ensure the core functions work which I’d say is spot on.