Hey JP welcome to AG! I am using a third party WiFi enabled thermometer/hygrometer to monitor the climate inside my Grobo. You can check it out here:

Thanks man, it would of been pretty kool to have those features already provided but thus far pleased with my progress “GDP”. Thanks for the link

Looking forward to this harvest! GDP from ILGM is next on my list for what they say the medicinal benefits are!

If you are looking for insomnia relief, look no further than a strain called 9 Lb. Hammer, thank me later.

You da man! Any bank you recommend?

Imo it’s just the first set of hairs to come out, there will be looots more that overgrow your first ones. Once your girl starts really stacking calyxes it’ll be more noticeable. My outdoor sugar Black rose early is flowering like crazy and he tops are starting to get what you have too but they’re nowhere near done flowering
This is what my tops look like. Might not be as much as yours but similar 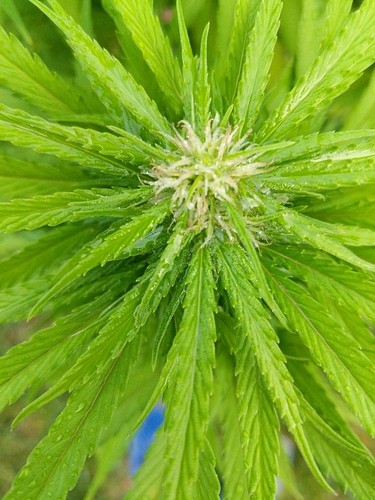 Morning Russ! Thanks brother, the very next day I noticed just what you’ve mentioned. They are stacking nicely! Do you think it was coincidence that the orange/red hairs emerged just after I conducted that major defoliation? Or was it most likely brought on by stress? Oddly enough after 1 day of recovery she started stretching again (I believe she had stopped prior) and jumped another 2-3 inches or so since then.

Could be coincidence, if it’s happened over every bud site that’s got direct light could just be from that. Or it’s just the life of that pistol too🤷‍♂️. Like I said it’s the first ones to emerge essentially so I’d expect them to turn. I don’t want to say don’t go by the hairs, but don’t lol. They’re gonna brown up eventually and most might be but then your trichs also might not be ready. So I wouldn’t worry about those too much. They’re only there to catch pollen really

She has recovered quite well from the massive defoliation I performed last Friday. The suspected nute burn seems to be under control as well, I am topping off the reservoir daily in an effort to make sure it stays that way. Today I removed a few more “straggler” branches from the lower portion of the plant and performed a water change where I reintroduced Rhino Skin, Big Bud, and Mammoth P. The EC and PPM700 coming out of the Grobo were slightly lower than typical at 2.3 and 1590 respectively. The pH remains optimal at 6.2. Buds seem to be stacking nicely, this part of the grow seems much more peaceful than the labor intensive Veg/Transition phases. Though I suspect with experience those early phases will become much more fun and much less stressful haha. 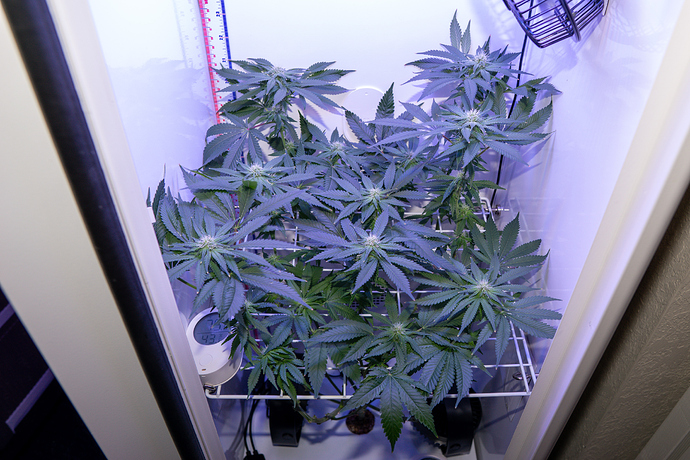 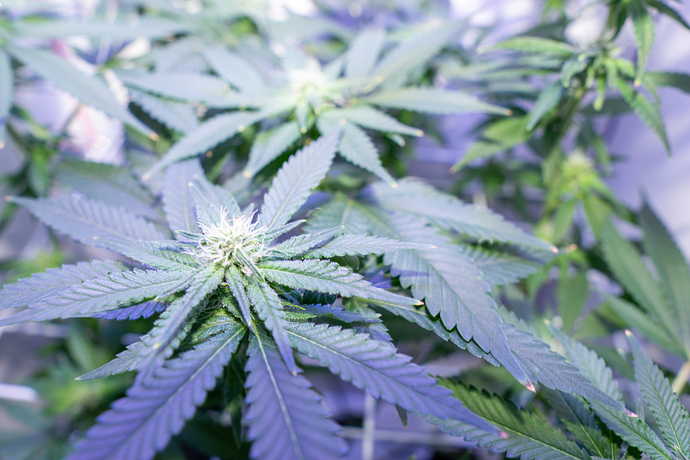 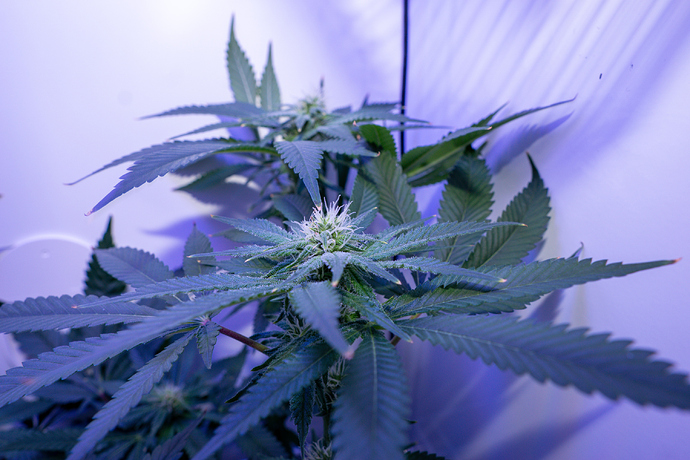 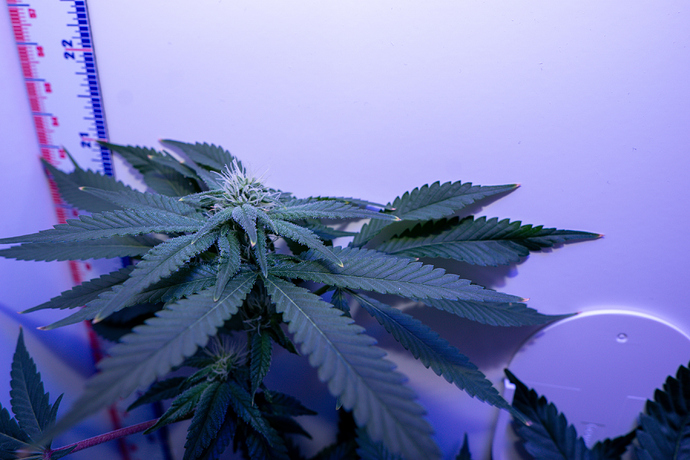 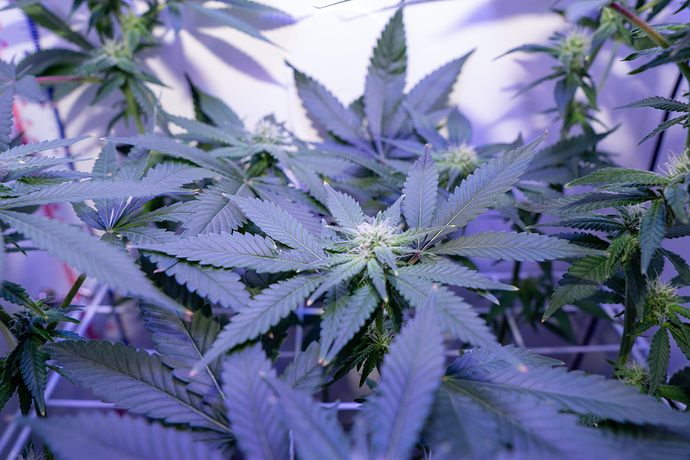 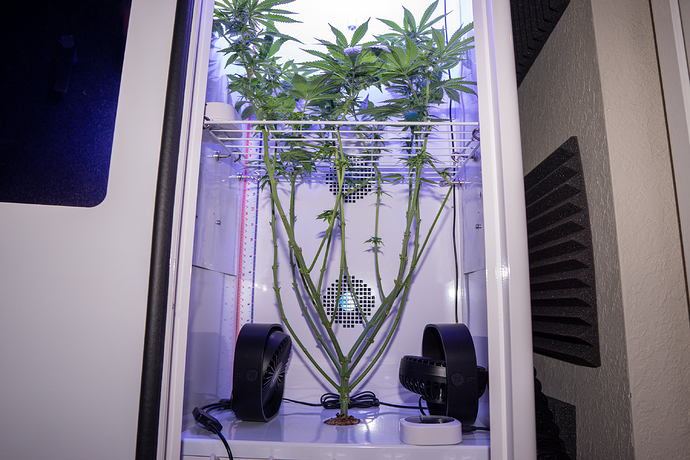 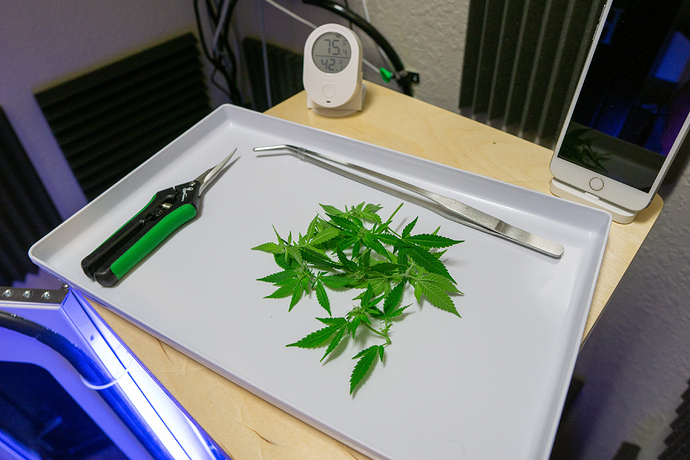 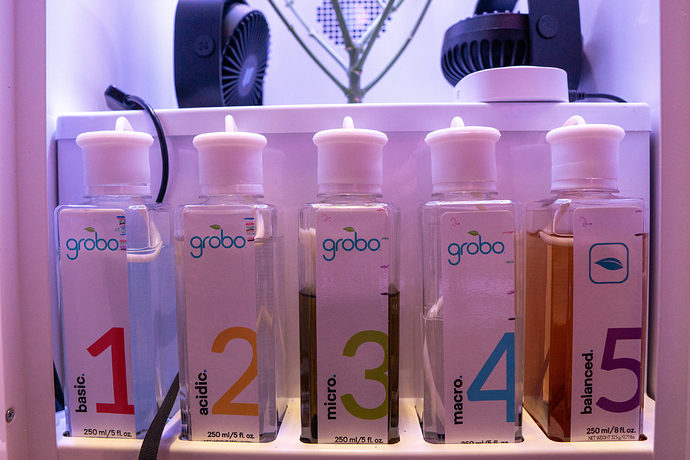 Looking sharp. She should stack nice.
Did she finally stop stretching on trimmings?

Just wanted to let you know all the Mod’s you have done with your Grobo are impressive / very clean setup… Nice work!! You girl is turning out very nice!! If I wasn’t in a different direction I would definitely jump aboard your mod train…

Appears so, she is 24” tall leaving her about 8 inches from the light.

Much appreciated, I’m headed your direction sooner than later.

Appreciate you saying so my man! Learning a lot from you

insanity! Man, that bud is going to be amazing… sheeeeeesh!

Yes, had to replace bottles 3 and 4 a couple weeks back and bottle 5 last week. I am convinced that this particular recipe is overdosing nutrients and cal-mag as I am seeing very high EC and PPM readings. However, Grobo support contends that it is indeed dispensing the appropriate amounts