Should I start over with my Grobo Start?

I’m pretty certain I’ve stunted their growth forever but wanted to verify with others.

Back on January 7th I planted a few seeds, two of them germinated and took off strong, they were doing great for a two weeks then last week they started drooping hard and the bottom leaves started turning yellow.

I made the mistake of leaving in the wick, and afraid they became too wet. Since then I’ve removed the wick and trimmed off the yellowing/browning leaves. I’m filling exactly 650ml and ensuring the roots are in the water but not the pod.

It’s been a solid week since removing the wick and they haven’t grown at all.

Here are the pics. Including the roots which now have a slight green color too them.

I’m still two weeks away from being able to transplant them. Should I start over with new seeds or try to salvage these two? 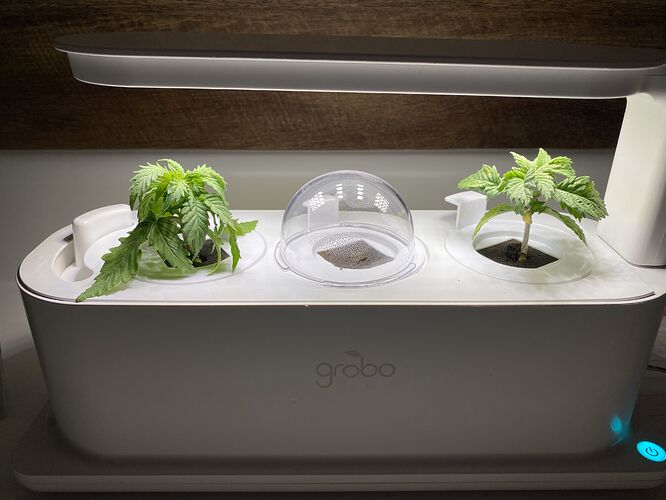 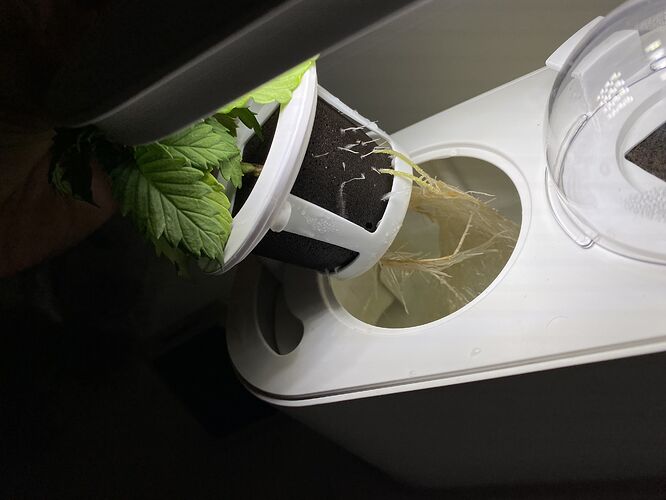 try to salvage these two? 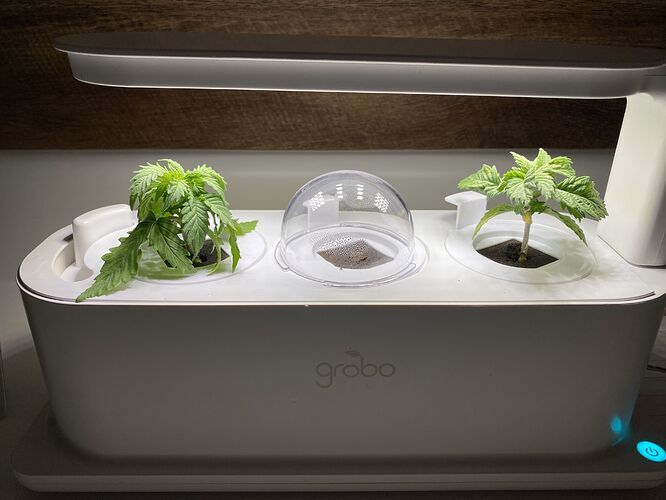 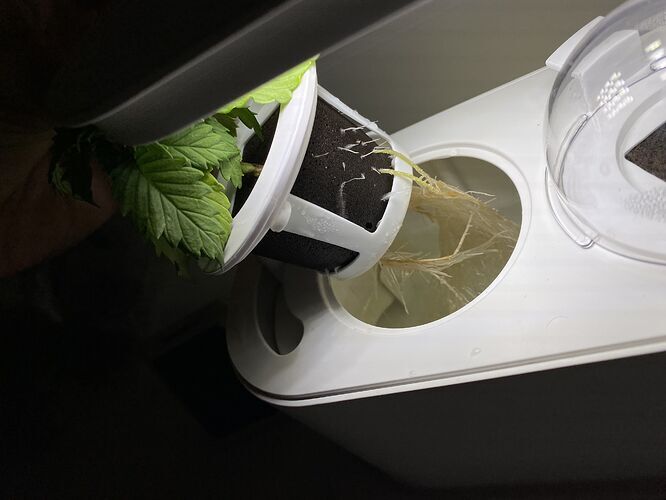 Hey everyone! During my 3rd and 4th grows both plants experienced damping off. One plant experienced severe damping and the stem became very hourglass shaped. I didn’t capture of picture of her at her worst, it just didn’t seem right! Plants are Purple Haze auto and Jamaican Dream PF. At one point the stem was so thin it looked like one of those nearly fallen trees that had been chomped on by a beaver. Nevertheless, quick action and care saved both plants! Check out the before and after p…

You always have great and prompt advice

Hey buddy! Those 2 larger seedlings are ready to be transplanted if you have a spot for them. The larger 2 seedlings would also benefit from installing the light extension pole so the LED light is positioned higher.

Can you post pictures of the seedlings’ stem? We should check for damping off. Have you been adding hydroguard to the reservoir as well? The roots don’t look so great and I’m wondering about root rot.

Again if you can, transplant those larger seedlings into a Grobo.

Thanks! I’ll raise the light and pick up some hydroguard. Unfortunately my Grobo won’t be ready for two more weeks, at the earliest. I’ve had to extend my current grow twice.

Just planted the seedling in the middle yesterday. The initial one never germinated and thought I’d start a new one, in case the other two don’t make it.

Before you transplant into the Grobo I would disinfect the roots by giving her a h202 bath and soak. You don’t want to cross contaminate the units if the Start has some harmful microorganisms growing in there.

Thank you! You always have great and prompt advice. I’ll put in a ticket tonight and try absorbing some of the moisture in the pods.