Only a few short months left until recreational cannabis becomes legal in Canada! I have listened intently to wayyyyy too many Senate discussions as Bill C45 slowly worked its way into becoming a law.

Home growing was at the center of the discussion. In the end, the Federal Government made it illegal for provinces to ban home growing. Quebec, however, has already passed a law that bans home growing which will make the next few months interesting to watch.

Personally, I expect that citizens in Quebec will take their Provincial Government to court arguing for the right to grow. Without allowing home growing, the government is giving itself a monopoly on cannabis which is unconstitutional. People can brew their own beer and make their own wine, so why shouldn’t we be allowed to grow our own cannabis?

What do you think will happen? Will Quebec and Manitoba be forced to allow home growing?

Some other details coming out as well: 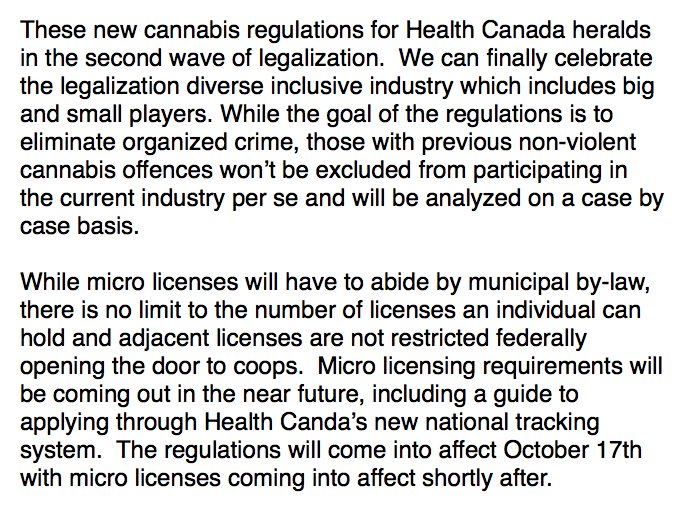 140 characters can not express how elated I am for these new #C45 regulations that came out today including micro-producers and micro-processors. Legalization is not perfect, but we're one step closer! See my comments to the @GlobeSmallBiz with article coming for @HIGH_TIMES_Mag
2 Likes
rainstorm3 July 17, 2018, 3:55am #3

I think they should model the cannabis laws to match alcohol laws in each province. It doesn’t make sense not to. You can u-brew at home, why not u-grow? If it comes down to it, Provinces should be forced to allow people to u-grow. I expect there are some old-school people left making these decisions who have been taught their whole lives that cannabis is a gateway, schedule 1 drug, and won’t be able to get past that bias.

Still More Evidence That All Weed Is the Same

Still More Evidence That All Weed Is the Same

Researchers found almost identical levels of THC and CBD in three-quarters of the strains they analyzed, which suggests it's the minor cannabinoids that makes weed strains different.

Was at the hemp expo this past weekend. Qas at least a dozen companies there trying to sell their home made grow kits. I will say honestly not one of the products appeared to hold anything on grobo.
Definitely made the right choice.